Tipp seem to have something different this year - Brian Cody 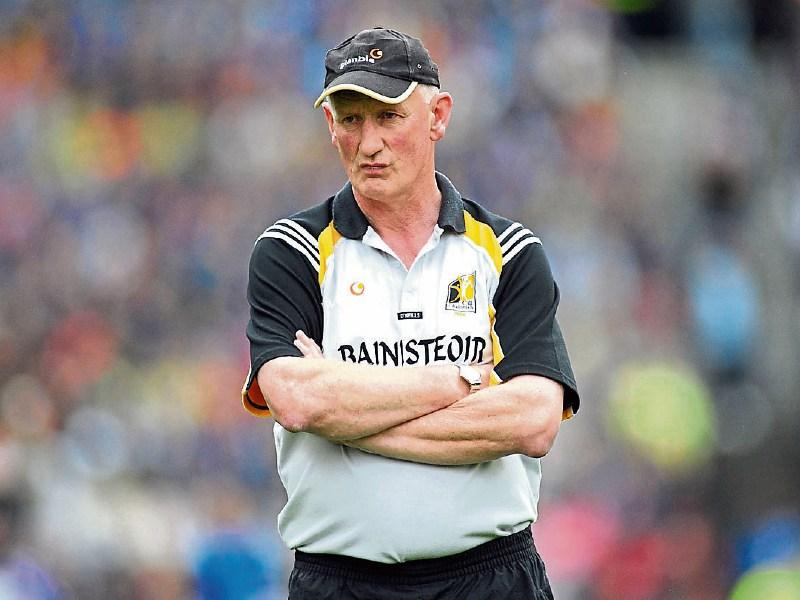 There's a great quote from that magnificent thriller The Usual Suspects - "the greatest trick the Devil ever pulled was convincing the world he didn't exist" spoken by the character Roger "Verbal" Kint as he is detained in police custody.

And you know what, sometimes if feels just a little bit like that when you sit down to interview Kilkenny Manager Brian Cody and try to gain an insight into his modus operadi in relation to preparing his team for big games.

Perhaps to paraphrase, it might just be so, that the greatest trick Cody ever pulled is convincing the world that tactics don't exist in the Kilkenny set-up. Because, believing his take on things, it's just a case of getting the form players out on the field and letting them do their thing.

There's an element at play here of trying to deflect the kudos as well - Brian is a humble man and claims that ultimately it is the players who go out and do the business between the whitewash, not the manager. He doesn't want the accolades and he doesn't need them -fourteen All-Ireland Final appearances in seventeen years is enough conclusive evidence for anyone to suggest that he is the greatest hurling Manager ever. That eleven of those finals have ended in victory is a source of massive pride to him. And yet, one of the ones which got away really rankles with him - 2010, when Tipperary prevented the Drive-for-Five.

Interviewing him immediately after that game, The Tipperary Star questioned him on whether the whole injury to Henry Shefflin and the Drive-for-Five had distracted Kilkenny somewhat from their final preparations. His eyes burned and were stinging with the realisation that yes, that could well have been the case and even though he defended his team by saying that while the rest of the country might have been distracted, the panel certainly was not. His eyes could not betray what he was thinking though and you got the feeling that Kilkenny would not be distracted again under Cody's watch.

He's not just a one man show on the sidelines either though. Together with Michael Dempsey, Derek Lyng and James McGarry they run the operation with the precision of a Swiss clock, but while the three lads are there at the moment, Brian has shaken up the management team on more than a few occasions - he remains the one constant since 1999. In fact, he has seen off eight Tipperary senior Managers in that time.

"We are a management team and everybody is involved. We all have our gut instincts about what we need to do and we throw it all together all the time. All of us know something about the game, but none of us know it all. That's our way and our attitude," Brian says.

Going back to the tactics debate, it is interesting to hear his take on the two games against Waterford. He doesn't see tactics, he says, doesn't view sweepers. What he sees are excellent hurlers doing their thing, wherever that might be around the field. And, his goal is to ensure that his guys do the same thing, no matter where they are picked to do it. So, placing his strongest three in the busiest zones was the thing to do in the replay with Hogan, Reid and Fennelly making hay. Tactics no?

"That was a very fancied Waterford team especially considering what had happened them in the Munster Final. It was always going to be a massive battle. We showed great fight and composure in a very tight situation in the drawn game. We tried to shake it up in the replay going on instinct and the lads are flexible enough that they can float in and out of different positions. We managed to get up to a better level in the replay and even though we had drawn the first day against a very good Waterford team, we needed to learn from it, otherwise we would not have won the replay," he says. Sounds familiar alright - reference 2014 replay against Tipperary when Cody tried to ' shake things up' again, changed the format and won the game.

Being able to change things around is dependant on a few things - having the trust of the players and having the players in the first place. The trust issue is a given and there is even an element of fear thrown in there perhaps as well. Certainly respect - massively so.

And, while many have suggested that Kilkenny might not have the strength in depth of yesteryear, Brian disagrees. "We are not hung up on having a settled team. We trust the panel we have at the moment. I think we have a very very strong panel even though there is the perception that we do not. We see how strong the panel is every time we sit down to pick the team. It's not easy and that's what we want," he says.

Brian speaks of the excitement of the coming days and the buzz which will be created in both counties which are privileged enough to experience it. He loves it, thrives on it and since retiring from his role as school principal, has had more time to soak it up. He also has plenty of more time to think out every move that will be made before and after the ball is thrown in, with his entire focus being on his own men. And Tipperary.

"Tipp have everything that is required for a team and they are bringing something different under Michael Ryan. What that something is, I don't know because I'm not privy to what goes on in their camp. Intensity, perhaps yes. It is a huge part of team sport and we have been on the receiving end of that from other counties. If we do not have the ability to bring that to a high level on any given day, we will be blown away," he says.

There has been much emphasis on sport over the summer from the soccer Euros to the Olympics. Brian sat and watched some of the Olympics but finds it hard to draw parallels with the game of hurling - most Olympians are full time at their trade, he says, whereas his lads all get up for work on the mornings after training. Still though, watching it is a way to unwind right? A way of getting away from the stress, strain and pressure of being Manager of the most successful team in the history of the game?

"Listen, I don't have to do this. This is my choice and it is not stressful if I have a choice to do something in my life which I enjoy. If I was doing something with my life which was not good or which was causing me stress or something, then that would not be very clever of me, and I don't think that I am stupid. How do I get away from the Kilkenny thing - I go down to my club and carry on as normal. I'm involved there too and that's how I unwind. I'm retired now, but I don't seem to be at a loose end at all. I don't wake up in the morning and wonder what I am going to do today," he says.

As he sits and swats away the questions which come flying at him from all directions, you get the sense that Brian Cody really does love this craic. He enjoys the verbal jousting with the media and he thrives on deflecting the probes which are sent in his direction trying to gain insight. They never will though - he won't betray the secrets because there are none to betray. Yeah right.

Brian Cody is an intriguing man, the kind any county would love to have in their corner. He is GAA to the backbone, and Kilkenny and James Stephens are the marrow in his spine. But I'm sorry, we're just not buying what he is selling when it comes to this no tactics lark.

To borrow another phrase from the classics - "Methinks thou dost protest too much."

Just wait and see what trick will be pulled from the sleeve for Tipp.