Big Match Reaction from under the bowels of the Hogan Stand 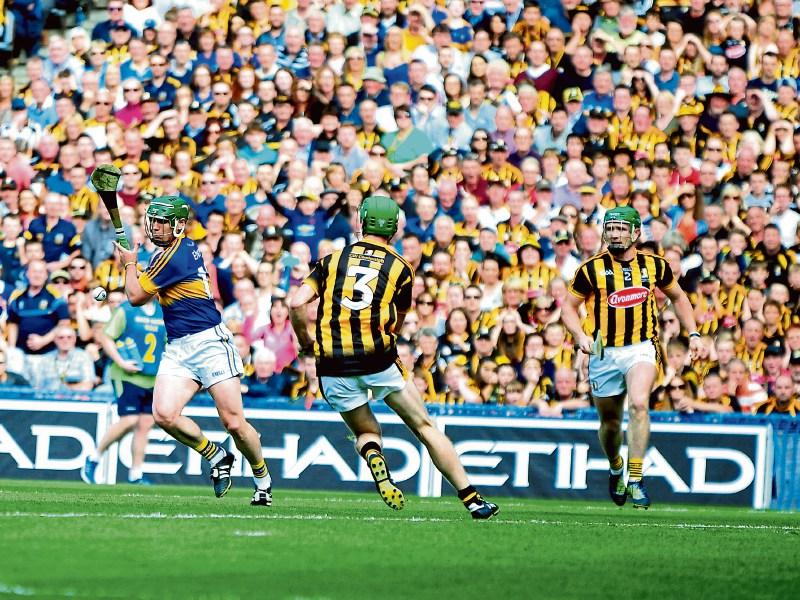 Holycross Ballycahill defender Cathal Barrett followed in the footsteps of John Doylewhen he won his first All-Ireland medal on Sunday wearing the number 2 jersey, for so associated with The Legend, writes Noel Dundon.

“John Doyles record speaks for itself and it is tremendous satisfaction for me to win one like him, but he had eight of them - I'll take my one, for now,” he joked after the game.

Barrett had another fine outing in the Tipp jersey and is being tipped to win an All-Star Award at corner back. But, he was quick to point out that Tipp had many doubters during the course of the season - they have now been proven wrong.

“They have set the bar so massively high and everyone else is trying to get up there. Thankfully today we managed to get there.

“We set out our stall from the start and went at them as hard as we could. We knew that we had to bring a big physical presence and we did bring it,” he said.

Barrett was giving away height to most of his markers throughout the season, but as the old saying goes, it isin't the size of the dog in the fight, it's the size of the fight in the dog, than counts.

“I don't mind marking lads that are bigger than me. Most now are six feet and I'm 5'10”. I don't mind it because I am used to it. I know one of my weaknesses is probably in the air but you just have to prove yourself again and again,” he said.

Asked at what stage he felt Tipp had the game won, Cathal was coy with his answer. “There is always a point in a game when you might think you are going to win, but you can't really think that because you'll get complacent. My job is to keep focusing on every ball. The one time you start thinking you have it won, the ball could end up in the net,” he said.

Man of the Match Seamus Callanan reiterated how special winning the final really was and how much it meant to the players. “This was a special one because a lot of our panel hadd suffered a lot over the last few years with all those defeats to Kilkenny. We had hurt enough, we felt, and it was time to try and inflict hurt on some of the others. We didn't wnat to give up on our dream and I suppose we feel a bit of redemption and fulfillment here right now,” the Drom Inch star said.

Callanan was lavish in his praise for former Boss Eamon O'Shea who believed in him as a player and as a person - indeed, it was a theme of the weekend, with many of the players recalling fondly the contributions of O'Shea and Paidi O'Neill