Tipperary to the fore at the National Ploughing Championships

Players, management and the McCarthy Cup were welcome visitors to Offaly 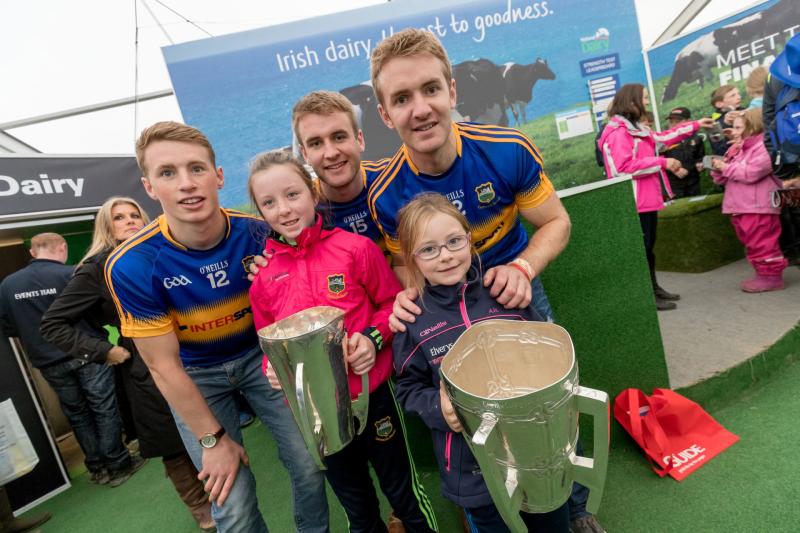 Tipperary was very much to the fore at the National Ploughing Championships at Tullamore with dozens of companies and businesses from The Premier County displaying their wares and having bumper days.

And, the toast of the ploughing were members of the Tipperary senior hurling team alongside management members who visited many stalls and stands with the Liam McCarthy Cup. Among those in attendance included the McGrath brothers, John and Noel, along with their younger brother Brian who captained the minors to All-Ireland glory, brothers Padraic and Ronan Maher, Manager Michael Ryan and selector John Madden.

One of the biggest selling items at the ploughing were hurleys with Galway star Joe Canning inundated with customers while former Tipp star Lar Corbett also did a very brisk trade with sports equipment at his stand.

Thousands of visitors from Tipperary attended the ploughing championships over the course of the three days and enjoyed the festivities.