Tommy honoured with national award for years of voluntary work 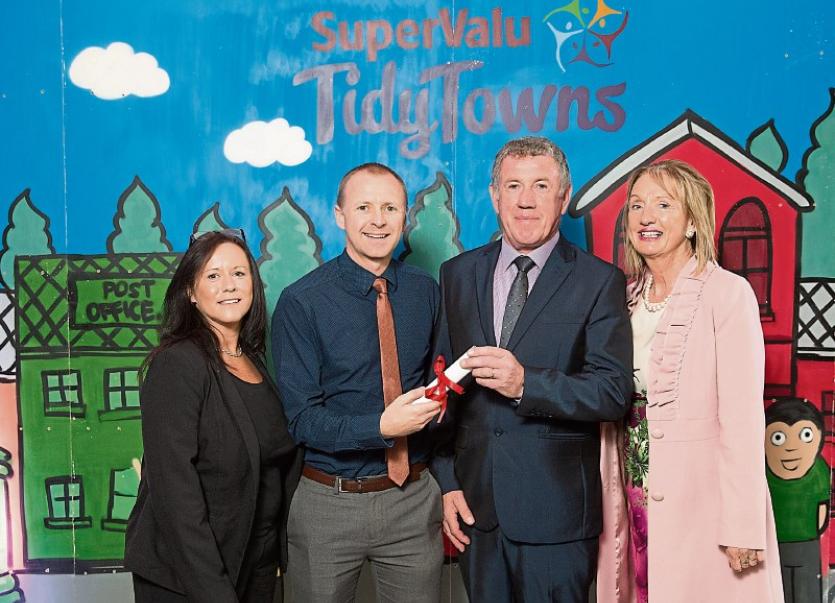 A man who has devoted years of unselfish voluntary work to enhancing the appearance of his home village has been rewarded for his efforts with a national award.

Tommy Lonergan, the chairperson of Kilsheelan Tidy Towns scooped the overall SuperValu Community Hero national award when the Tidy Towns results were announced at The Helix in Dublin.

"I was very surprised, I didn't even realise I had been nominated", says Tommy, who was presented with a €500 voucher for SuperValu and a trophy.

"It was nice to get some recognition after all the work over the years".

He was equally pleased that Kilsheelan gained five marks and received a silver medal, having won bronze for the last few years, and the village is now setting its sights on the gold medal.

Twice winner of the title of Ireland's tidiest town, in 1975 and 1979, Kilsheelan is one of those places that always looks well but as Tommy says "you have to work at it. In the summer months the committee members would be out for two hours a night on five nights of the week.

On a nice day you could be out for four hours".

The expansion of the village in recent years has made the work of the committee - whose secretary is Fiona Crotty and treasurer is Tom Callery - all the more difficult.

"There's a lot more grass to be cut and more areas to be tidied nowadays", he says.

With the age profile of the committee having increased over the years, Kilsheelan Tidy Towns is now appealing for new members, especially younger people, to get involved.

The committee is also grateful to the support it receives from Larry Lee and Paddy Crotty in the County Council; several "very good sponsors"; Simon Molloy and his team on the Community Employment scheme and Cllr. Michael Murphy.

A well-known GAA referee for 27 years, Tommy Lonergan hung up his whistle in 2000 and his son Tadhg is now following in his footsteps as a referee.

He became chairperson of the Tidy Towns Committee in January 1998, following the sudden death of chairperson Eamon Butler the previous month.

His wife Judith's parents, Moira and Willie O'Sullivan were very much involved as the committee's chairperson and secretary in the 1970s and 1980s.

The committee has faced many challenges in the last 18 years, with low participation - the numbers involved were as few as three to four people at times - and financial struggles.

However under Tommy's stewardship the village has made great strides in recent years, to the point where it is once again within striking distance of national glory in the Tidy Towns competition.

A qualified electrician, he is always available with his van and trailer, ladder and a plethora of tools and skills to help Tidy Towns and all community activities.

Tommy is grateful to his family for their support - as well as sons Tadhg and Donncha, he and Judith are also parents to daughter Noelle - as well as all those who travelled with the couple to Dublin for the presentation of the award, and who have since offered their congratulations.