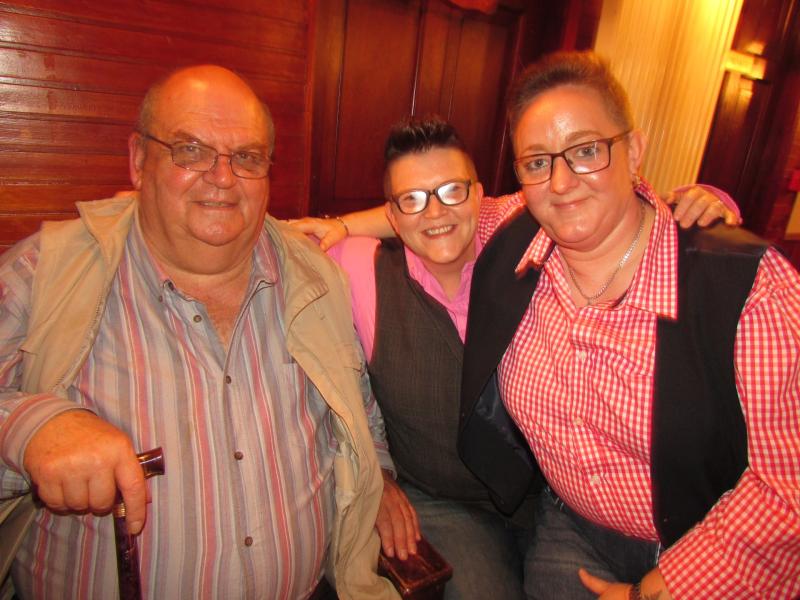 Mayor Moloney first visited Scarborough in 1994 when a group from the local GAA club were invited to play hurling and football as part of the Irish Festival there.

Organisers at that time in Scarborough were Patricia Fox and Mike Manning. Mike Manning has continued to travel between the two towns annually and celebrated his 70th birthday this year in his adopted town of Cahir.

Mayor Moloney thanked all those who had kept the link between both towns alive over the years and expressed his hope that a return trip could be organised in March 2017.

The group of 28 Scarborough visitors have since returned home, sending their appreciation to all who contributed to a “fantastic” week in Cahir. They visited Cahir Castle, the Swiss Cottage, Blarney, Foto Wildlife Park, Kilkenny, Clonmel, The Vee and the Mitchelstown Caves during their stay.

“We can’t thank Mayor Andy Moloney enough for the mayoral reception and all that he done for us while we were there and also the fantastic staff at the Cahir House Hotel, especially David Walsh,” Mike Manning said.

“Hughie and Margaret at the Shamrock Lounge put on a great 70th birthday party for myself and Ian Stubbs for which we thank them, as well as John Quirke and Liam Simpson who always make us welcome and our great friends Tim and Loretta,” he added.