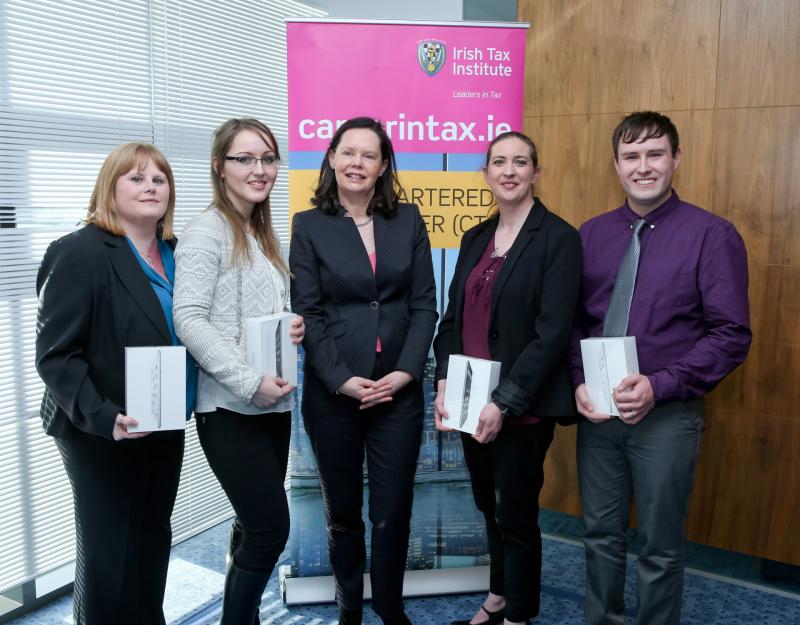 Each year the Irish Tax Institute runs the competition for undergraduate students throughout Ireland.

Students are required to suggest one “fantasy” measure they would have included in the Budget if they were the Minister for Finance.

The winning team beat off strong competition from GMIT, UL, UCD and other universities to win the coveted title.

Organisers said the Clonmel entry “was an excellent submission and the judges were extremely impressed by the level of analysis and overall understanding of the Budget”.

LIT Clonmel students winning fantasy idea was to give a tax credit at the higher tax rate of 40% for those purchasing electric cars. The students further suggested that the cost of the scheme in terms of lost exchequer income could be offset against the cost of purchasing carbon credits. This would allow the Government to meet a target of 50,000 electric vehicles on Irish roads, making an overall saving in terms of carbon credit spending.