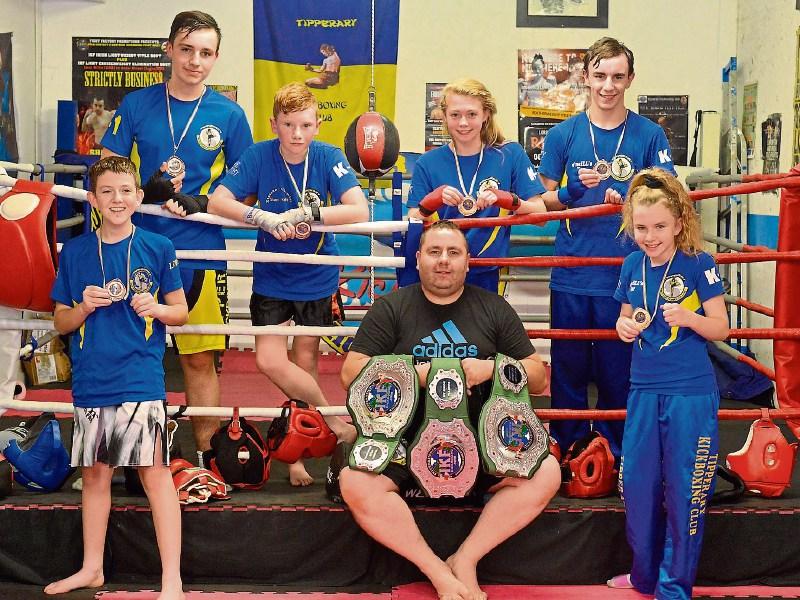 Coach Craig Sutton is delighted with the athlete’s success.

“Seven medals is a great achievement for the fighters with Edward English and Jerome Sarsfield competed for the first time and returned with silver and bronze medals, which is a great achievement. The secret to our success is to train hard and knuckle down and all these young kickboxers do that and that’s how they get results.”

The club wishes to thank all the parents who travelled to the event and for their continued support.