Standing ovations all round for superb show 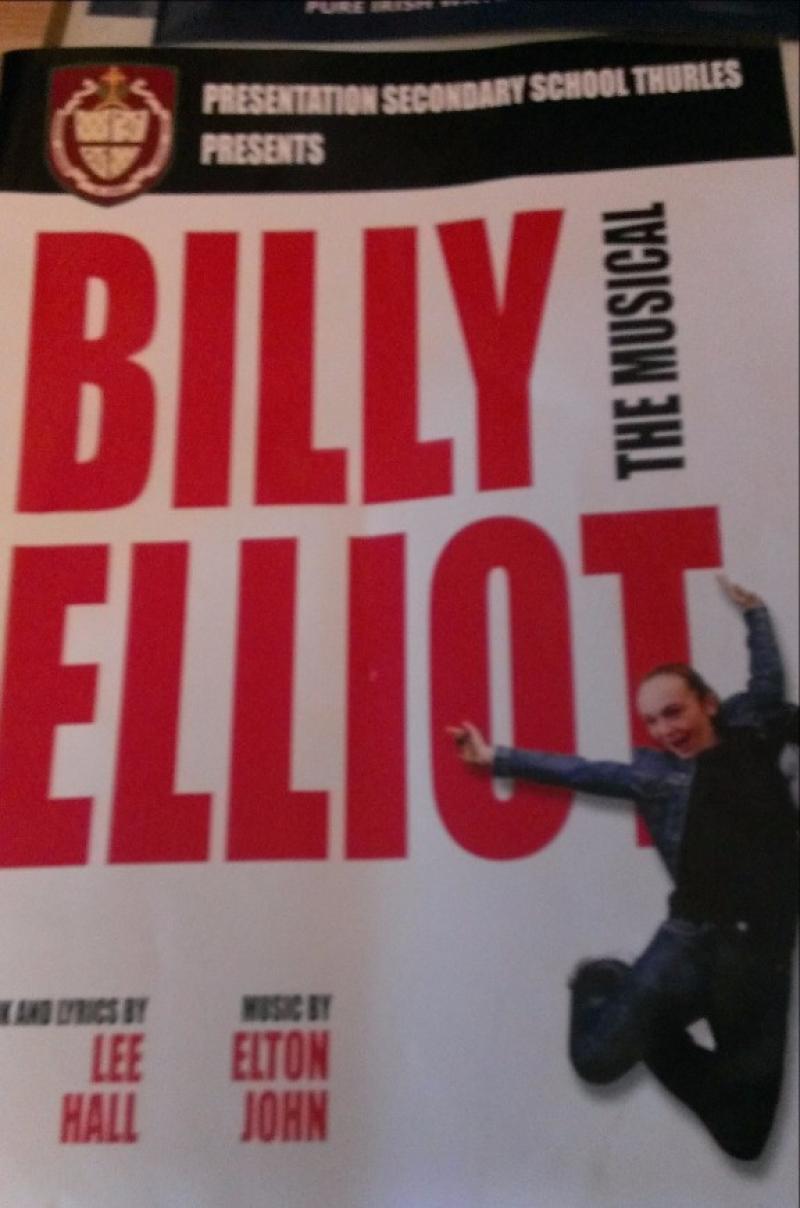 Packed houses rose to their feet to applaud the cast of Presentation Thurles' Billy Elliot this week.

Packed houses rose to their feet to applaud the cast of Presentation Thurles' Billy Elliot this week.

The magnificent show, which featured more than 200 students on stage, was presented in The Premier Hall from Thursday - Saturday evenings, and the reaction from the audiences was massive. It was standing ovations all round for the production which was Directed by Trisha McElgunn, Choreographed by Mairead Hackett and Musical Director was Patrick Conlon.

"I don't think you could see a better production of Billy Elliot anywhere," Sister Fideles Purcell, Chairperson of the school Board of Management  told the audience on Saturday evening. Few would have argued with here - especially those who were on their feet to acknowledge the magnificent front line, the cast and the entire production team who brought about such a wonderful spectacle in just six weeks - an amazing feat.

There are two further shows on in Thurles at the present time with the Ursuline's Joseph and His Amazing Technicolour  Dreamcoat, and Colaiste Mhuire's Hairspray being staged in the Sister Ursula Memorial Hall, and The Dome at Semple Stadium, respectively. There are still tickets available for both productions. Don't miss this chance to see the huge talent from both schools on show.