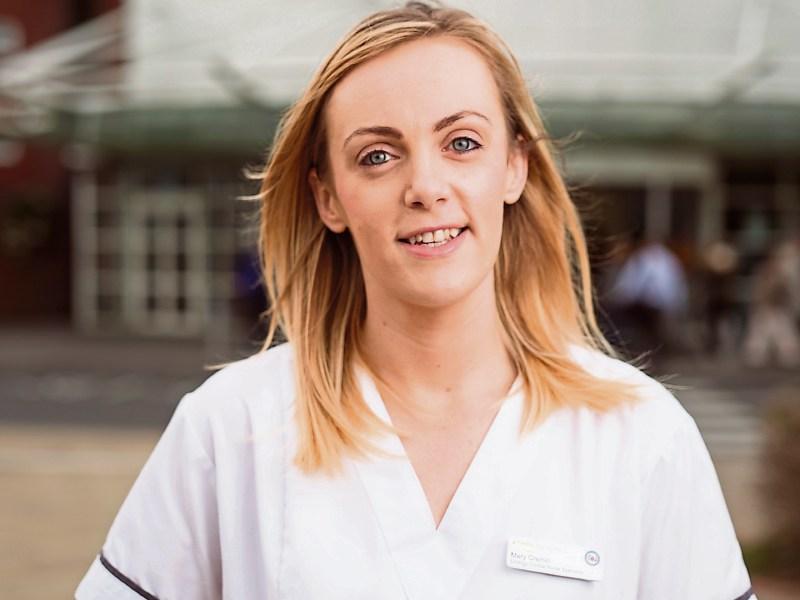 A Tipperary nurse is leading a new pilot project in Ireland designed to help men with prostate cancer cope with their diagnosis, surgery and aftercare.

CASE nurse Mary Cremin from Burgess was appointed to the role at St. James' Hosiptal, Dublin last April and is one of only two specialists in Ireland delivering the programme to prostate cancer patients.

“We provide extra nursing support to men after they have been diagnosed and follow up with them if they have any questions about their treatment options, possible side affects or link them with other cancer survivor groups in their own community,” explains the 28 year old University of Limerick graduate. The role, which is the first of its kind in Ireland, is funded by men's charity Movember through the Irish Cancer Society.

“We provide specialised care, support and advice for men who have been diagnosed and treated for prostate cancer. We want men to be able to live their life to the fullest and have a good quality of life after treatment. Services for after treatment care differ throughout the country and its really important to have somebody who can signpost men and guide them to what’s available.”

After graduating in 2011, Mary moved  to the UK where she spent almost five years nursing before returning to Ireland last April. It was during this time that Mary became involved with various cancer charities including Prostate Cancer UK and Macmillan Cancer Support developing an interest in prostate cancer survivorship.

“I worked with cancer charities in the UK which is where my interest in prostate cancer  started so I was very lucky that this role opened up,” explains Mary who is currently completed a Masters degree focusing on  prostate cancer.   As prostate cancer is treated differently, men have varying options for what kind of treatment they want which Mary will discuss in detail with each patient weighing out options and all necessary information. Mary also provides pretreatment education by inviting all prostate patients into the hospital weeks before surgery to go through what to expect.

"It’s also an opportunity to provide psychological and emotional support that a man and his partner don’t necessarily get in a 15 minute consultation. It’s good to give them that forum where they feel they have a bit more time to talk and ask the difficult questions."

Post treatment Mary will continuously follow up with patients so that men are aware of their results and follow up care as well as referring patients to cancer survivor workshops in centres throughout the country.

At present the pilot project is being run specifically dealing with  prostate cancer however Mary hopes that in time the role will come to be seen as an essential part of the treatment process in all cancer diagnosis.

"I’m getting excellent feedback from patients from men who didn’t know there was anything out there. Many of the men thought that when  treatment ends that’s it and they should just be happy the cancers gone but the feedback after they go to these workshops has been fantastic,” she says.

"A lot of men are now making the conscious decision to get checked instead of waiting for symptoms to appear.”

"There’s a cultural thing  Irish men wouldn’t be known to speak up about it but I think you can see the difference the Movember campaign and mental health campaigns have made in encouraging people to open up. I find if you normalise the conversation they  open up and often  come back to me and say they mentioned it to a friend and it turns out they’ll tell you all these guys in the golf club had it. Everyone starts talking then and that’s the catalyst for support for each other."

It’s time to take action…sooner rather than later.

There are three ways you can raise money this Movember:

Head to Movember.com for more information and to sign up.
ADVERTISEMENT - CONTINUE READING BELOW