General Manager Joe Russell is a native of Templemore

The General Manager of the Trump Doonbeg golf course and hotel in County Clare, Tipperary man Joe Russell will have a very busy time ahead at the magnificent venue following the election as President of the USA of Donald J Trump.

The General Manager of the Trump International Golf Links and Hotel in Doonbeg, County Clare, Tipperary man Joe Russell will have a very busy time ahead at the magnificent venue following the election as President of the USA of Donald J Trump.

With the purchase of Doonbeg in 2014, the vision of it's new owner, President elect Trump, of a truly great links course, immediately began to take shape. The significant task of the redesign of Doonbeg rested with Dr. Martin Hawtree, a 3rd generation architect. Dr. Hawtree had already designed the spectacular course at Trump International Scotland, and with a portfolio that includes Lahinch, Portmarnock, St Andrew's and Muirfueld - everybody knew the finished result would be remarkable and it truly is. 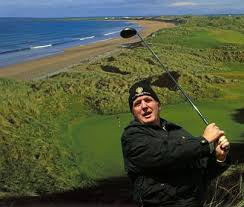 And, the man overseeing it all is Templemore man Joe Russell, a past pupil of the CBS in the town. Joe previously worked extensively in London and also in  The Berkely Court Hotel Dublin, Jurys Ballsbridge, Dublin 4  and  Thistle Marble Arch before settling in Doonbeg in 2003. In Doonbeg he has full oversight and responsibility of all aspects of business  and operation of Doonbeg Lodge and Golf Resort since 2003, ranging from planning and involvement in the initial development / building programme of the facility to start up of extended operations in 2006. (including membership and real estate). "Leading a great team of people here in west Clare and my golf has improved too," he says. 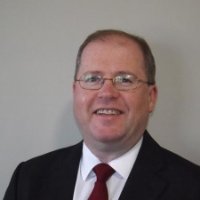 However, few could have predicted when Joe started out in Doonbeg that a few years later, the owner of the resort would be the President of the United States of America. Now, Doonbeg is set to be besieged with visitors, especially from the US and the team at the golf club and lodge are preparing themselves for the onslaught. The very popular Joe will be leading the team as they prepare to cope with the huge global interest in the Doonbeg resort and it is expected that there will be a huge spike in international visitors to the west Clare beauty spot.