Is religion obsolete or should we look at its proven benefits?

Our columnist Peg Hanafin asks a very relevant question for the Ireland of today. 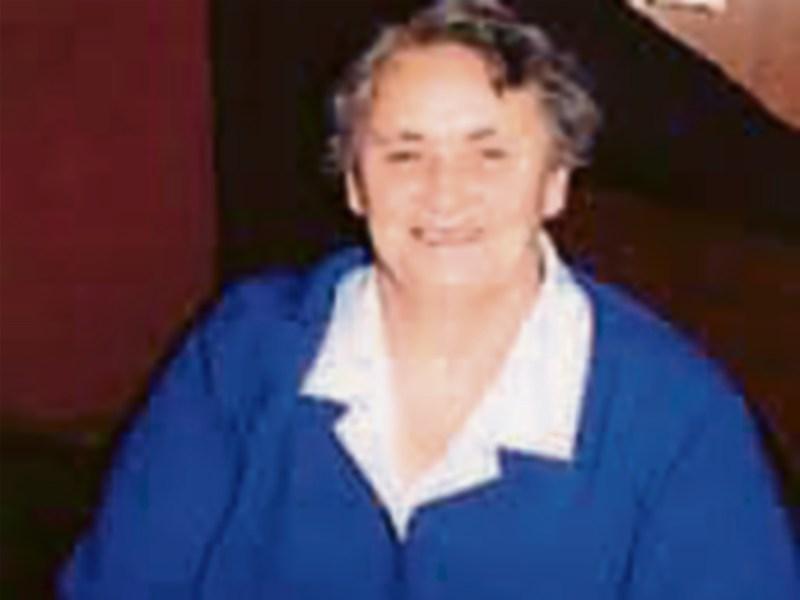 Many people today say that they are more spiritual than religious. So what does that mean?

To explore the difference between the two we must define what they are and the difference. Religion can be defined as a belief in a God, involving a code of ethics, rituals etc. ( i.e Baptism, Communion) and rules ( like the 10 Commandments) to have a correct relationship with God and your neighbour. Whereas spirituality is defined as a focus of spiritual things and the spiritual world, instead of physical or earthly things. In the examining of such meaning, religion and spirituality come together. Spirituality highlights qualities such as caring, kindness, compassion, tolerance, service and input into community, and, in its truest sense, so does religion. But whereas many diverse religions are defined by tradition and teachings, spirituality is defined by what is real in our own experience, arising from an inner search within ourselves, the finding our truth.

In recent times people appear to be shying away from organised religion, especially in the Catholic Church where mass going has fallen dramatically. In spite of this, the last Census showed that 84% of people living in Ireland considered themselves Catholics. So, are we as a nation losing out to what is now factually proven, that those who practice organised religion are happier and more successful in life and has huge positive benefits for society. There has been numerous studies done in the USA, across a diversity of Universities, including the University of California, University of Washington, University of Michigan etc. and they have now issued their findings which makes for interesting and challenging reading as to a better way forward..

Many people adhere to religion for the sake of their souls, but it turns out that regular participation in faith-based activities is good for the body and mind, too. Some of the ways that religion can make people happier and healthier have been studied and now reported on. First a belief in God, according to data provided by researchers and psychologists, leads to a happier life.

The results of widespread studies, research and data provided by the various researchers and psychologists carried out across the USA are detailed here. These should be noted by our politicians and church leaders, and acted upon, by having more debate and facts put into the public domain for people to make their own decisions. Parents always want what is best for their children, so the time has come to publish and debate the important findings of these extensive studies. We must all challenge corporate sin and institutionalised evil, which has gained mammoth proportions in recent times. Every day a new revelation about misuse of money/funds through greed and avarice and pure dishonesty is coming to the fore. We must change that culture now. But how?

Policymakers in America have already been implored to take cognisance of the numerous studies and research carried out by the many Universities about the grave social problems, including murder, violent crime, substance abuse, welfare dependency, fraud and deceit that have escalated in their country. That those in power should heed and implement the findings in the research and professional literature on the positive consequences that flow from the practice of religion when drawing up policy. That more debate and publicity be given to the true value of the practice of religion in lives.

For example, it was found that the strength of the family unit is intertwined with the practice of religion. Churchgoers are more likely to be married, less likely to be divorced or single, and more likely to manifest high levels of satisfaction in marriage and in life in general. Young people are less likely to be involved in anti-social behaviour, drug abuse, criminal activities and succeed better in their studies, careers and lead a happier and more fulfilled life.

Church attendance is the most important predictor of marital stability and general happiness.

The regular practice of religion helps poor and disadvantaged people move out of poverty. Regular church attendance, for example, is particularly instrumental in helping young people to escape the poverty of inner-city life and deprived areas. This stems from the feeling of social and community inclusion as well as the supports and status that community involvement brings.

The regular practice of religion also encourages beneficial effects on mental health as less depression (a modern epidemic), self harm, with more self-esteem, and greater family and marital happiness being experienced. In repairing damage caused by alcoholism, drug addiction, and marital breakdown, religious belief and practice are a major source of strength and recovery.

Regular practice of religion is good for personal physical health, it increases longevity, improves one's chances of recovery from illness, and lessens the incidence of many killer diseases.

What society wouldn’t want these benefits?

The overall impact of religious practice is illustrated dramatically in the three most comprehensive, systematic reviews carried out by the designated researchers/psychologists in a diversity of Universities in the USA. They found that;

Religious practice appears to have enormous potential for addressing today's social problems. Considerable evidence indicates that religious involvement reduces "such problems as sexual permissiveness, teen pregnancy, suicide, drug abuse, alcoholism, and to some extent deviant and delinquent acts. It increases self belief, family cohesiveness and general well being. More generally, social scientists are discovering the continuing power of religion to protect the family from the forces that would tear it down.

So why we are not promoting things that would change how society operates, is beyond understanding. This is not flying in the dark but taking the research and committing to it.

Almost every commentator, researcher and TV programme, along with all the other data available on the current situation in our country, bemoans the increase of violence, lowered ethical standards and loss of honesty, transparency and integrity that mark our society today. This is visible with all the recent reports that has degraded and destroyed confidence in the charity sector as well as banks and corporate businesses. Trustworthiness and honour appear to be fading fast, and with no apparent comeback is taking hold of persons who would once have been trusted and been the pillars of society.

Is the decline of religious influence part of what is happening to us here in Ireland and the fact that ritual, like mass going has declined?

Are parents losing out by not giving their children the example and encouragement to partake in organised religion, to combat the vagaries of today’s world and lead them to happier and fulfilled lives, as is confirmed by all the studies now available?

Is it not just possible that anti-religious bias masquerading as religious neutrality is costing more than we have been willing to acknowledge? Or are we fearful that we won’t be seen as liberal? Or are we afraid to stand up and shout loud about how we want to live and the standards we want to pass on to our children?

Some of our media presenters and those with influence are reducing the benefits of religion in a negative light to suit other agendas. The positive effects of religious belief and practice in reducing such problems as suicide, substance abuse, divorce, and marital dissatisfaction is well recognised, and as such we should advocate for religion to be kept in schools where it is now in danger of becoming obsolete to the detriment of children’s futures. All the evidence available indicates clearly that religious practice contributes significantly to the quality of life, to happiness and successful careers.

Given this evidence, which is freely available, and that could have such an enormous impact on how we live, is it not time that our leaders heeded what has come out from these reports? It should be a cause of concern that we have elected leaders promoting another agenda, when the fruits of participating in religious beliefs are so positive and substantial. We take on board research undertaken by skilled people so why not this research that could change all our lives dramatically.

We should begin a new national debate to help renew the role of religion in all of our lives. And to review the evidence of the beneficial effects of religious practice in combating the social downside of life and to address social exclusion.

Those in power should have the courage to examine the relevant social science literature and report its findings to a social justice group where decisions can be made for the betterment of society, and have them implemented.

When we look at all the murders, illegal drug misuse, violent crime, robberies, white collar crime and the prison population growing, as well as all the other social ills we are experiencing, our leaders both in the State and Church must try other ways of improving how we look after and care for our citizens. We should act on what the research has shown and proven factually and conducted by Universities in America, who spend large amounts of money seeking other ways of examining all aspects of life, so as not to continue on the road that we are now on where we do not appear to have any real solutions.

We need our church leaders, of all faiths, to be more forceful in advocating the practice and benefits of religion for their flocks to ensure a more wholesome and satisfied life. In this way we may start on a journey that would change the country for the better. The present system and practices have not worked, so why not take cognisance of what research proves and encourage a more holistic way of addressing social issues across every aspect of life. The answer is simple, live within the rules and regulations that religion provides and upholds. It might bring back some respect and authority and conquer greed, avarice and dishonesty, as we appear to have forgotten these necessary values.

Author of Getting more out of life & Thoughts for your journey.