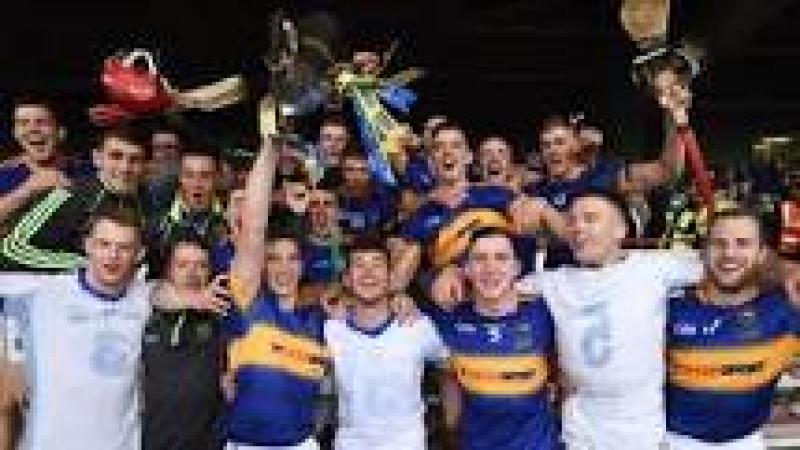 Tipperary's senior and minor hurlers celebrated in fine style last night as they were presented with their Munster and All-Ireland medals in the Anner Hotel, Thurles.

Guest speaker Aidan O'Brien joined in the congratulations to the players and spoke of the challenges associated with staying at the top of the game - a theme echoed by current minor and senior Managers, Liam Cahill and Michael Ryan, both of whom threw down the gauntlet to the players.

Almost 400 guests attended the event which had to be relayed throughout the hotel, such was the attendance, and PRO Joe Bracken proved to be an efficient MC for the evening with a myriad of speeches and presentations to be dealt with.

Among the attendance on the night was the Chairman and Secretary of the Munster Council, Jerry O'Sullivan and Simon Moroney, and the Chairman of the Kilkenny County Board, Ned Quinn.

The senior players received a special commemorative medal celebrating the centenary of the 1916 Rising, while there was special recognition for Paddy Stapleton, Conor O'Brien and Gearoid Ryan, all of whom announced their retirement from the inter county scene in recent weeks.