VDP Message - Your Yes Can Last a Lifetime. Please give as generously as you can. 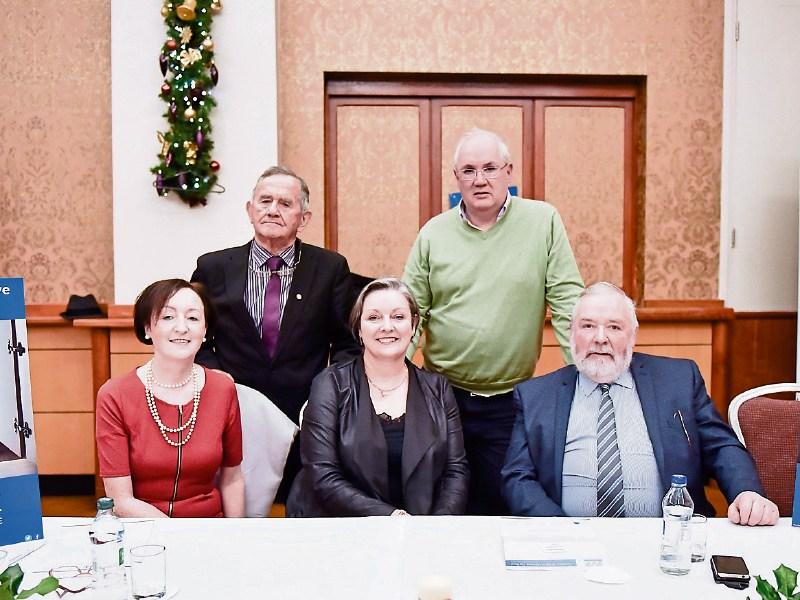 A capacity crowd turned out to support the Mid West Regional Launch of the Society of St Vincent de Paul Annual Appeal.

The campaign entitled 'Your Yes Can Last a Lifetime' will run nationally until the end of this year during which time 70% of annual donations will be received.

The Minister for Health Promotion Marcella Corcoran Kennedy T.D. launched the campaign saying that the very local nature of the membership of the Society has led to a high degree of goodwill and positive perception among the general public who know the kind of work done in every locality by SVP.

The Minister highlighted the very confidential nature of the work done and the importance of visitation in providing informal supports to people during times of difficulty.

The Regional President and Member of the SVP National Management Council, John Lupton spoke of the continued relevance of the Society in today’s world despite the fact that it was founded 183 years ago -- by Frederic Ozanam, a 21 year old student in Paris in 1833. He spoke of the ever increasing demand for SVP assistance as providing evidence of the ongoing need and relevance of the Society today, pointing out that in the intervening time since its foundation the world has probably utterly changed but nothing has changed utterly.

Michelle Putti, Mid-West Regional Co-ordinator, took attendees on a whistle stop tour of the Mid West outlining the variety of work carried out by the Society. She said that over 15,500 requests for assistance have been answered so far in 2016. 3,000 people contacted the Society in 2016 for assistance for the first time and the most common requests were for food and vouchers. 2,800 requests received were for assistance at Christmas.

Interestingly in excess of 3000 requests were for visits from SVP members highlighting the importance of home visitation in tackling social isolation and exclusion. €2,350,000 was spent on assistance in the four county Mid West Area in 2015 and apart from household assistance, educational grants and assistance with fuel featured strongly in terms of needs as did Homeless Services on which €150,000 was spent in the Region in 2015.

SVP Mid West has two Hostels providing accommodation for 60 homeless single men in Ennis and Limerick City and a Drop In Service providing meals, laundry and showering facilities to an average of 60-70 people daily who are either homeless or at risk of becoming homeless in Limerick City. Additionally the region has a Prison Conference providing supports to prisoners and their families weekly.

Con Ryan, the Regional Fundraising Representative reminded all that Collection Sunday is scheduled nationally for Sunday December 11th next. He spoke of the importance of thanking people for supporting the Society and said that the national strategy for fundraising relies on the traditional forms of donations, church gate collections counter top boxes etc.

Pat Carroll, Regional Vice President spoke of the important role shops play in generating funds for local Conferences. SVP has 220 charity shops nationally and in the Mid West Region there are 15 Vincent’s clothes shops and 2 furniture shops. Plans are afoot to open more.

All donations welcomed by your local Conference. For more information phone 061 317327.