Lorrha People in the Great War - a very fine publication 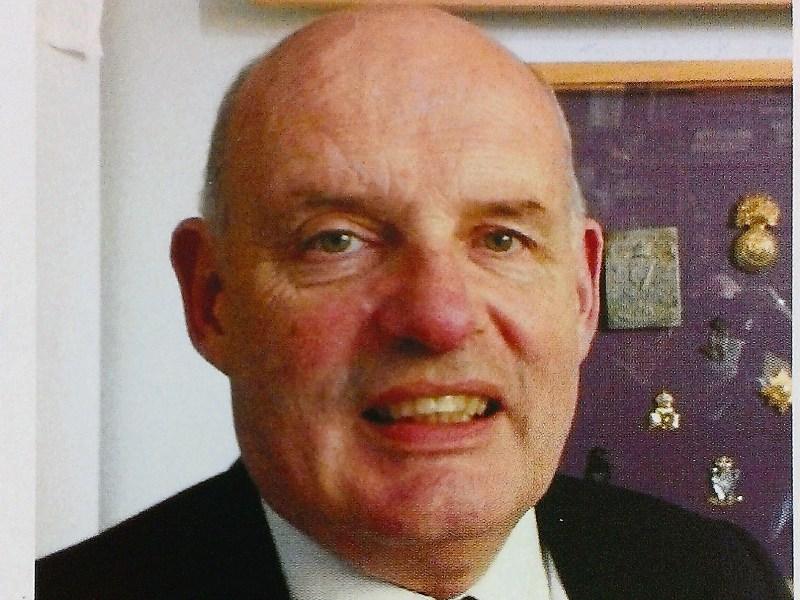 Lorrha People in the Great War which was launched in the local GAA Clubhouse in Moatfield recently having been penned by local man Gerard O'Meara is a compelling read for anyone with associations with the parish, or indeed anyone with an interest in the impact of The Great War on the parishes of Ireland.

Because, while the book is titled ‘Lorrha People in the Great War’ and gives great detail of Lorrha people who served in other conflicts including the Peninsular War, the War of Independence and the Second World War, it is social history which really captures the imagination in word and image - some of the photos contained are indeed unique.

Researching and producing this fine publication was indeed a labour of love for author Gerard O'Meara and the attention to detail in each page is quite remarkable. There are accounts, reports and stories on so many locals, families and events which took place that the publication can be rightly acknowledged as a very significant historical document.

The book was designed by Thurles man Brendan O'Connor (formerly of The Tipperary Star newspaper) and all 382 pages are very attractively laid out indeed. As with most publications, the photographs are extremely important and Gerard went to some lengths to source relevant images which really enhance the book.

There are 69 chapters in the book and each one is as interesting as the next. However, most parishioners will probably be drawn to the chapter on Victoria Cross medal recipient Martin O'Meara, while sourcing out mention of their own people in the book also.

There are sections too on the military service of Lorrha people, and on awards of valour to Lorrha people during the Great War. Maps too form a very interesting section for anyone who is familiar with the parish.

In his acknowledgement, Gerard who resides in Cork, pays tribute to the role played by his father in helping to bring the book together. "Several times, I asked my father about the background of a Lorrha person who served in the Great War. Not only would I get details of that person, but frequently he remembered the parents and previous generations of those soldiers. I was privileged to be able to make use of this invaluable resource during the course of my work," Gerard wrote.

And you know, Gerard's work has now become that 'invaluable resource'. This book is the kind which each parish could publish, and many have.

It is a universal but local story told in a very clear, concise and very informative way.

Having this book in the library of each primary school in the parish is a must - what a magnificent service Gerard has undertaken. It is local history at its brilliant best.

The book gives the life story of all those soldiers (and some civilians) affected by the conflict. It is as much a personal, family, local and parish history.

It is an invaluable record of a catastrophic period of history that affected virtually every family in Lorrha and throughout Tipperary and Ireland.

It will appeal to anyone with an interest in the military history of Ireland and indeed to the wider area of North Tipperary with frequent references to Terryglass, Kilbarron, Borrisokane, Cloughjordan, Roscrea etc.

An unexpected feature of Ger’s research was that so many soldiers from Lorrha served with the Australian Imperial Force. Apart from Martin O’Meara VC, Michael O’Meara from Ross and Patrick O’Houlihan (Killed in Action) from Abbeyville also served.

A chapter is devoted to Cornelius Aloysius Deane, father of Governor General William Deane who visited his ancestral parish in 1999. Michael Francis Donahoo whose grandparents came from Ballymacegan was killed during the Battle of Fromelles. Frank de Groot of Dublin, whose wife came from Lorrha, gained fame, fortune and notoriety in Australia after the conflict.

Given the strong Australian connection, it was no surprise that the Australian Ambassador to Ireland Mr. Richard Andrews launched the book on a great night in Moatfield.

The book is available locally and would make a unique Christmas present for people who love their parish, or local history.