Santa comes to Thurles to help 'Give Kids the World'

Spreading the Festive Spirit for a great cause in Thurles 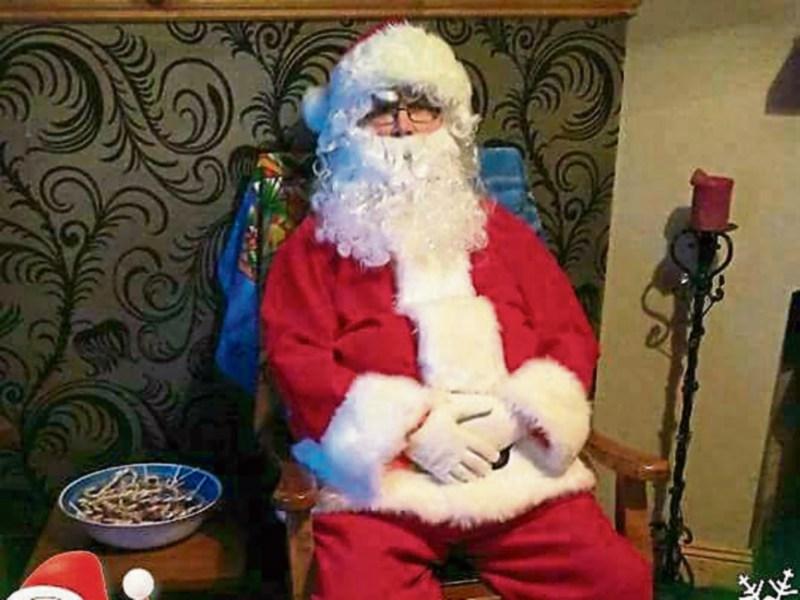 Santa Claus came to Thurles town and enjoyed a fabulous time at 19 Beechwood Lawns where resident David O'Gorman and his wife Teresa entertained him and all the visitors royally.

The wonderful gesture by David was all in aid of raising funds for the Give Kids the World charity and people gave very generously when they came to visit Santa Claus in the specially constructed grotto at the rear of the O'Gorman homestead.

“It was an idea that I had as a result of trying to give something back to the charity which had been very good to us,” David told The Tipperary Star this week.

“Our son Evan who has cystic fibrosis had benefitted from the work of the charity by visiting the Give Kids the World Village in Orlando Florida and he had a fabulous time. All of the people who work there are volunteers and obviously the costs are significant in terms of running everything there. So, this was my chance to help out and people have been very generous indeed,” said David who has a real grá for the Festive Season - “We tend to go a bit overboard alright, but it is all worth it. We love it,” he said.

Visitors have been literally rocking up to Beechwood Lawns for the last few weeks hoping to catch a word with Santa and of course with all of those all-important lists completed and posted to the North Pole, it was the ideal chance for kids to ensure that the letter had been received safe and sound.

Santa was relaxing in the grotto when the kids arrived and stayed there until well into the evening to make sure that every child who came to see him, had plenty of time for a chat.

“Our neighbours here have been very accommodating because there has been a lot of traffic and we have been playing music most evenings to help create an appropriate atmosphere. It has been great and it helps to put everybody in good form,” said David who will be familiar to customers of Tesco where he works.

Give Kids The World Village is a 79-acre, nonprofit “storybook” resort in Central Florida where children with life-threatening illnesses and their families are treated to weeklong, cost-free vacations.

The Village and its community partners provide children and their families accommodations in fully-furnished villas, transportation, tickets to theme parks, meals, daily entertainment and much more.

The goal, quite simply, is to provide everything these deserving families need to make their trip the vacation of a lifetime. Since 1986, more than 146,000 children and families have had their dreams fulfilled in a whimsical Village unlike any other place on earth - there are currently a number of families from Ireland enjoying the village thanks to the help of individuals like David O'Gorman who is spreading Christmas cheer in his town.

His daughters Jessica, Jennien and Nicola who is married and living in Two-Mile-Borris, have been thrilled to see so many coming to their home and enjoying the festive season in such good form. Well, not everybody's home is transformed into Santa's grotto now is it!!