Maher takes over from the late legendary Mickey 'Rattler' Byrne 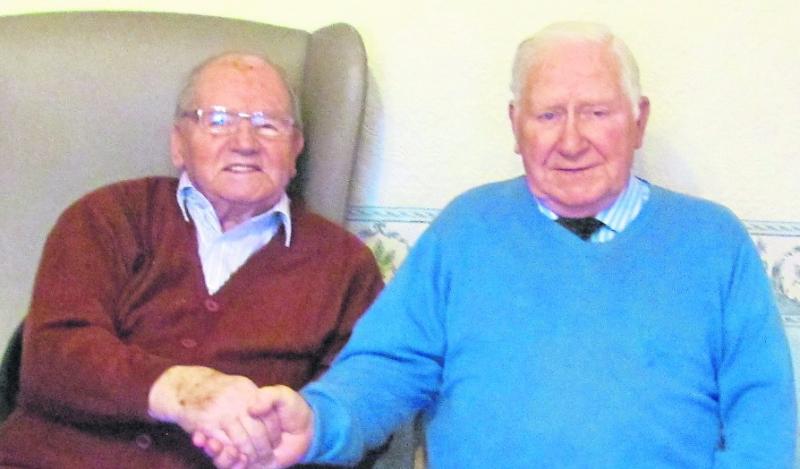 The very popular Martin 'Musha' Maher has been named President of the Thurles Sarsfields GAA Club following the AGM this week.

Former Tipperary and Thurles Sarsfields stalwart, Martin “Musha” Maher, has been appointed President of Thurles Sarsfields GAA Club.
A member of a family with a long association with the club, “Musha” was a member of the Tipperary team that captured All-Ireland honours in 1958, and was a key figure in the Sarsfields teams which dominated the county’s hurling scene in the fifties and sixties, winning ten county titles in eleven years. He captained the team to the Dan Breen Cup success in 1961 (see photo right).
A very accomplished footballer, Martin also won a county senior football championship with Thurles Crokes in 1960.
His playing career over, he continued to be actively involved with the club as a selector and committee member, and for the past number of years was one of the club’s Vice-Presidents. 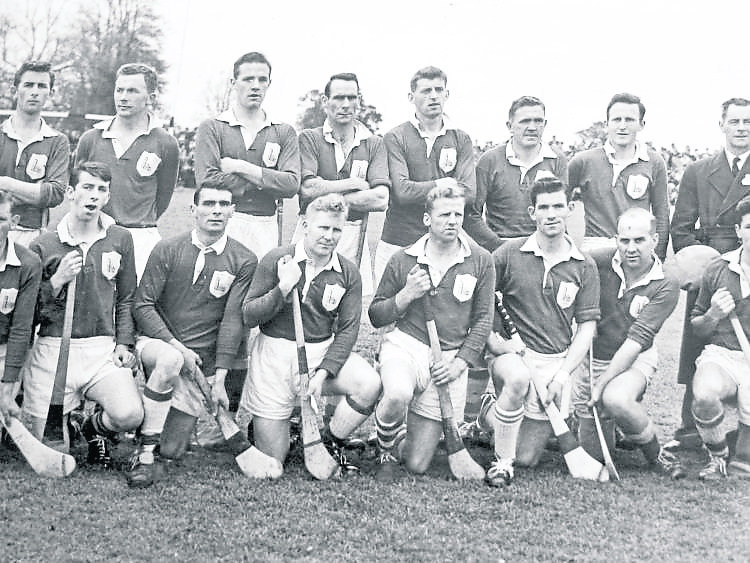 Musha Maher pictured in the front row between Larry Keane and Mickey Byrne in a Sarsfields team from the sixties.

He has also given outstanding service to both the Mid and County Boards and the Munster Council as a gateman on match days and is a very familiar figure to all gaels in the county through this role which he carries out with great humour and efficiency.
He succeeds his former team mate, the late Mickey The Rattler” Byrne as club President - the very colourful and renowned Rattler passed away last year having acted as President of the club for many years. In poignant scenes as Rattlers remains were removed from Arus na Sairsealaigh where he lay in repose, it was 'Musha' who led his great friends cortege and he was also the clubs figurehead when it came to performing the Guard of Honour en-route to St Patrick's Cemetery for burial.
Martin Maher's appointment was formally ratified at the club’s annual convention on Friday evening last when club chairman, Michael Maher spoke of “Musha’s” enormous contribution to the club as a player, selector, and committee member, and said he was a fitting choice to succeed another outstanding clubman, the late “Rattler” Byrne.
Welcoming the announcement several delegates congratulated the new President on his appointment, praising his commitment to the club throughout his lifetime.
“Musha” Maher said he deemed it a great honour to be invited to be President of Thurles Sarsfields. He was very conscious of the calibre of the man in whose footsteps he was following, and said he would do all he could to help the club to further success in the coming years.