The Barn Owl in Focus

How can we help this iconic species to survive? 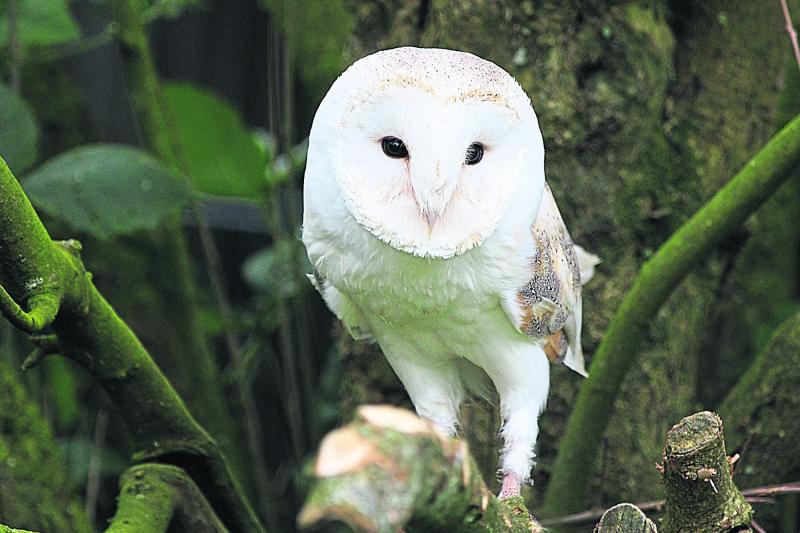 Our columnist speaks frankly about the Barn Owl and about what he encountered on a trip to the Young Scientist Exhibition in Dublin.

In our final article about barn owls, we look at what we can do to help the survival of this iconic species.
However, before that, I was enthralled, amused and encouraged by a quick visit to the Young Scientists’ Exhibition at the R.D.S. recently. The range of the environmental projects was fascinating. The ones that caught my eye were measuring the amount of carbon in hedgerows, the effects of the New Zealand flatworm, prey availability for hen harriers in managed farmland, an investigation into the effect of pine martens on the ecology and balance of nature in a Roscommon woodland, leaf yeast as a bio-indicator of air quality, does the Gearagh make clean air? using lichens as indicators, birds and their love affair with milking parlours and the surprising effects of organic as against non-organic fertilizer.
All the Tipperary second level schools were represented with perhaps the most environmental projects being less flooding, less drought, adding cow manure to concrete composting or an examination of the tap roots of carrots. Cabragh Wetlands would welcome and support any school group who wish to base their research in the wetlands.
Barn owl survival depends to a very large extent on what they eat. An adult barn owl will typically consume three to four small mammals a night but when young are in the nest, over twenty five have been delivered to the nest per night.If rats are caught a distance from the nest they are often decapitated and then carried home. The list of remains found in owl pellets indicate the diet.
Two pellets are coughed up every twenty four hours containing the fur and bone of prey items as they have a low acid content in their stomachs which isin't sufficient to break down all parts of their prey. The main items are pygmy shrew, great white-toothed shrew, house mouse, wood mouse, bank vole, brown rat, birds, bats and frogs. The bank vole and the greater white toothed shrew are non-native species to Ireland. The bank vole was accidentally introduced to Ireland from Germany to west Limerick in the 1920’s.
The greater white toothed shrew was first discovered in barn owl pellets in Tipperary in 2008.There may be a link with the availability of this prey, year on year, with the survival of the barn owl.
The barn owl’s year starts with courtship as early as January with high speed loud courtship flights around the nest site. From March onwards, the male will present prey to the female at the nest with increasing frequency. After mating, the female will become less active and cease to hunt and more or less remain in the nest for the next two months.
The first eggs are usually laid in late April or May and the female will force the male to leave the nest. Four to six eggs are usually laid, two or three days apart. The young are tiny and blind and have virtually no feathers. The food brought by the male is torn up by the female and fed to the chicks and half way through their development the chicks will be even heavier than the adults. As they develop, they flap their wings, pounce on imaginary prey and begin to focus on the nest opening. After 55-60 days they make their first move.
We have been fortunate in Cabragh to be able to observe this moment of entry into the outdoor world for the past number of years. Eventually they will disperse but mortality is very high, up to 80 per cent over the first few months. Where do they go? Through ringing, we know that some don’t travel while others go as far as 120Km. One young owlet, ringed as a chick in the nest on the border of Offaly/Tipperary ended up in a castle in Galway while one ringed in Tralee ended up just 12Km across the bay.
What can we do for barn owl conservation? As birds of farmland, the fate of the barn owl is inextricably linked to farming practices and policies. Encouragement may be needed to create suitable habitat for wildlife, providing nest boxes and limiting the use of rat poisons. If suitable conditions are provided, barn owls will re-establish and thrive. Rough grassland is one of the best habitats particularly if it is not grazed or mown and crucially has a good litter layer for small mammals. Rough grassland is not rough grazing.
Apart from the use of rodenticides, steps can be taken to limit rodents by removing food spills, proofing buildings or using approved traps. If rodenticide must be used, always have a planned approach, record the quantity of bait, always use enough bait points, always collect and dispose of rodent bodies.
With regard to nesting, try to avoid disturbance and if barn owls are nesting, carry out renovations between September and March. Look out for pellets or whitewash splashing under nest entrances. Provision of nest boxes can also help but be patient, it can be several years before an owl might find and use the nest box. Don’t hide the box and leave a clear path to the nest box entrance.
For more information visit the Birdwatch Ireland website. Why not drop into Cabragh Wetlands Centre anyday and our staff will show you some barn owls and children will love the Don Conroy series of books featuring the barn owl as the main character.
As the spring draws near and a new year dawns in the natural world, here in Cabragh we mark the occasion with a night dedicated to the making of a St. Bridget’s Cross. Beginning at 8 p.m. this very ancient custom brings a sense of new life and renewed hope. Looking forward to seeing you there on Wednesday February 1st. All are welcome to come along.
Slán go fóill.