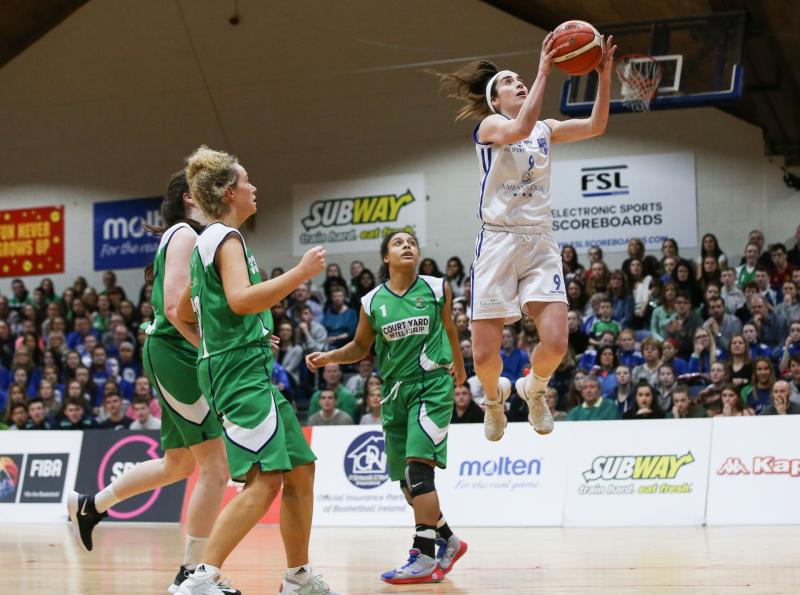 The winner of the monthly award for The Irish Times/ Sport Ireland Sportswoman of the Month for January 2017 is Thurles native and  basketball player, Grainne Dwyer.

“This one honestly felt as good as the first,” she says of Glanmire’s 61-48 victory over Courtyard Liffey Celtics last month. “I was an emotional wreck after the game, I was in tears - days like this won’t happen too often again for me. I don’t know how many more years I have - I’m not 90, like, but I’m pushing on!”The Thurles woman has been one of the driving forces behind Glanmire’s unrelenting success in recent years, the Cork club now on course for its third consecutive league and cup double. That mightn’t quite put them in the same territory just yet as the Cork women’s Gaelic football team, with their 11 All Ireland titles in 12 years, but there are similarities between the two, not least in their ability to keep on winning despite losing key players to retirement.

“And winning is a mentality,” says Dwyer. “When you look at what that Cork team has done, it’s unbelievable, that will never be achieved again. And even when they lost players like Valerie Mulcahy they were bringing through younger ones who were training alongside her a couple of nights a week, learning from her. Picking up that winning mentality.”

“I think of Briege Corkery’s half-time speech to the Cork players last year when they were losing to Dublin. She showed them two photos, one of a dejected Cork player after they’d lost a game, the other of one celebrating winning an All-Ireland, and she asked them which they wanted to be. They went out and won. She’s some woman.”

“So I’d like to think we have some of that about us. I don’t think we take success for granted, but you nearly expect to be there [in finals]. We had so much transition this year but I believed in our team, I knew we had people who were experienced in winning and who know how to win. And don’t like losing. I hate even losing a practice game. We played Waterford the week before the Cup and they beat us by four points - we probably deserved to lose by fifteen. I’ll never forget our dressing room after, people were devastated. I thought ‘good’.” A week later they won the National Cup.

After a spell with Waterford Wildcats, Dwyer joined Glanmire in 2008 but, she says, she hasn’t applied for a Cork passport just yet. “I love Cork, it’s my home now, but I’m definitely a Tipp woman - and I don’t think they’d ever accept me in Cork any way with an accent like this. I get so much support from home. I’m even getting phone calls from TDs. There was a civic reception for people in sports and arts back home and I got invited to that - I wouldn’t even expect them to know what’s going on in Cork, never mind in basketball. It was lovely.”