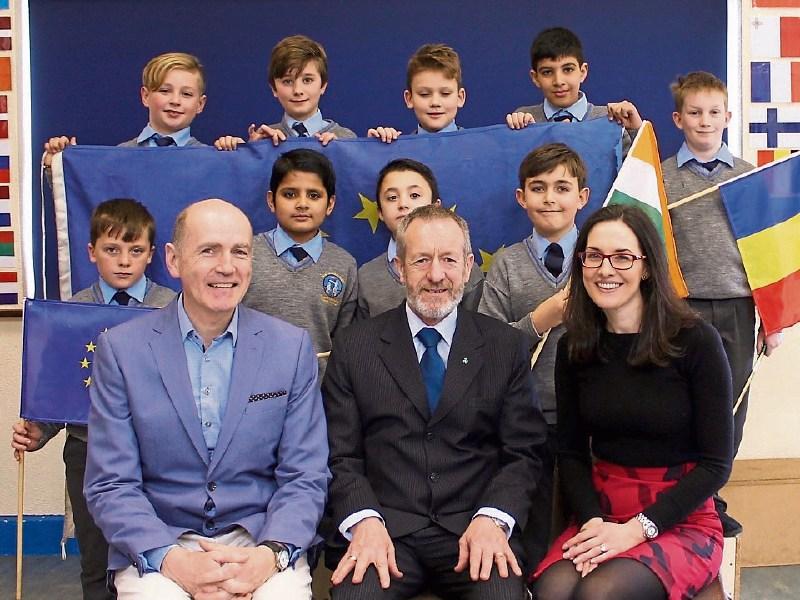 Among the most active MEPs of the Parliament, Sean has been honoured as 2012 MEP of the Year for Research and Innovation and 2014 MEP of the Year for Digital Agenda. Seán is a former President of the GAA and former Executive Chairman of the Irish Institute of Sport.

The Blue Star Programme is an education initiative for primary school pupils across Ireland.

The idea of the Programme is simple: to foster better understanding and knowledge of the European Union and how it affects the lives of Irish citizens among primary pupils through classroom projects and activities.

Pupils of all ages, from primary schools all over Ireland, are challenged to get creative and think about Europe by carrying out projects in relation to four key elements: the history, geography, culture and creativity, and Institutions of the EU.

The Blue Star Programme aims to introduce pupils, teachers, parents and the wider community to the EU, what it means and how it works.

The Programme also aims to foster a strong sense of awareness of the EU among its participants that reaches far beyond the school walls and out into the wider community.

The Blue Star Programme has creativity at its core and its structure and project work encourage teachers and pupils from all corners of Ireland to ‘think outside the box’.

The wider school community is also encouraged to get involved and contribute to the Programme.

The boys have been very busy completing projects and Séan Kelly gave a very informative talk to the boys and answered their many questions.