Town has top Toastmasters club in Ireland and Britain 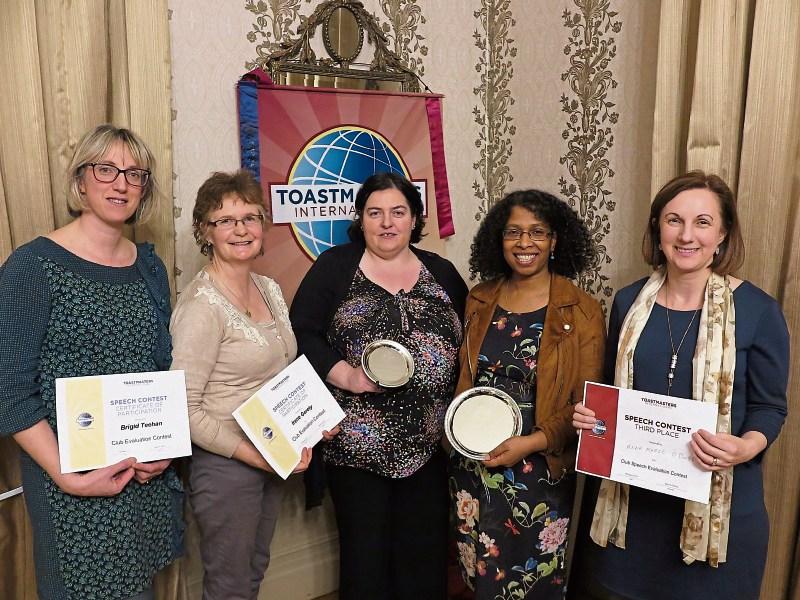 Clonmel Toastmasters Club has achieved the first President's Distinguished Award in Ireland and the UK from Toastmasters International for 2017.

Clonmel is now recognised as one of the most successful Toastmasters Clubs, says club president Michael Maunsell.

The President’s Distinguished Award is presented in recognition of the number of communication and leadership education awards achieved by members, and the overall growth of the club.

The club ended last year on a high when Michael Maunsell reached the final of the Ireland-UK International Speech contest, while Irene Gerety received her Distinguished Toastmasters Award from Toastmasters International in California. These were huge achievements for the club.

The award also means the club is attracting new members, as more people understand that it’s not just about speech contests, there are real benefits to be gained from membership.

The communication education programmes help people in all aspects of their lives by being better communicators, for example, in interview skills, giving presentations at work, in sales and negotiating situations or just giving people confidence to speak up in any situation.

"It is really about developing the confidence to communicate effectively and good leadership skills", said Michael Maunsell.

There was a packed house for the club Speech and Evaluation contests on 9th March. The speeches were of the highest standard and the judges had a difficult time selecting a winner in each contest.

The winner in the Speech Contest was Peter Butler. Michael Maunsell was second and third place went to James O’Brien.

Peter and Isweri will represent Clonmel Toastmasters in the Area final, against other club winners, on Thursday March 30th in Waterford.

The Clonmel club's next meeting is on this Thursday 23rd March at 8pm in Raheen House Hotel.

Anyone interested is welcome to come along to the meetings.