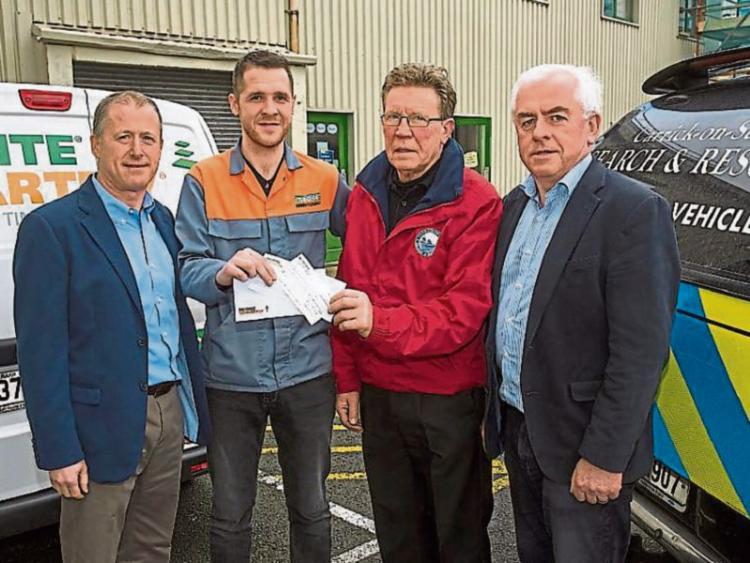 The imposition of toll charges on Carrick-on-Suir River Rescue vehicles and boats returning home from searching off the Co. Mayo coast for missing crew members of the Coast Guard helicopter Rescue 116, was condemned as a "pure scandal" at Tipperary County Council's monthly meeting on Monday.

The volunteer river rescue group sent two boats and two vehicles to Blacksod Bay last Thursday and worked with other rescue services from all over the country searching in the vicinity of Black Rock Lighthouse for the bodies of Rescue 116 crew members Paul Ormsby and Ciaran Smith.

Mr Hickey said their grievance was not about how much toll charges they had to pay but the levying of toll charges on any emergency and search vehicles like theirs and holding up these vehicles at toll bridges. He said other voluntary search and rescue groups were also charged tolls.

He said rescue services likes this should be allowed "fly through" the tolls. "People are giving up their time for free to search and are then being charged. We should write a letter calling for all these services to be free of tolls."

Cashel SF Cllr Michael Browne revealed that at the M7 toll bridge on the way home the staff member in the toll booth contacted management to ask could the Carrick River Rescue vehicles be allowed through for free and they refused.

"It's a pure scandal that any of our rescue services are being charged," he declared. He said the Government needed to take this matter up with the tolls management company, which was getting millions of euros out of the country for tolls every year.

Littleton Cllr Sean Ryan (FF) said it beggared belief that rescue crews should be charged going through a toll. "It's bureaucracy gone mad," he declared.

Nenagh based Cllr Seamus Morris (SF) paid tribute to the volunteers of Nenagh Ormond Search Unit, who also took part in the search for the two missing Rescue 116 crew members and echoed the views voiced by other councillors over the toll charge imposed on Carrick River Rescue's vehicles.

He said this was one of the biggest search operations in this country and the search volunteers involved in it went out to raise funds to pay for the work they did. He complained that insurance companies had been particularly hard on these type of search and rescue groups so it didn't surprise him at what happened at the toll bridge.