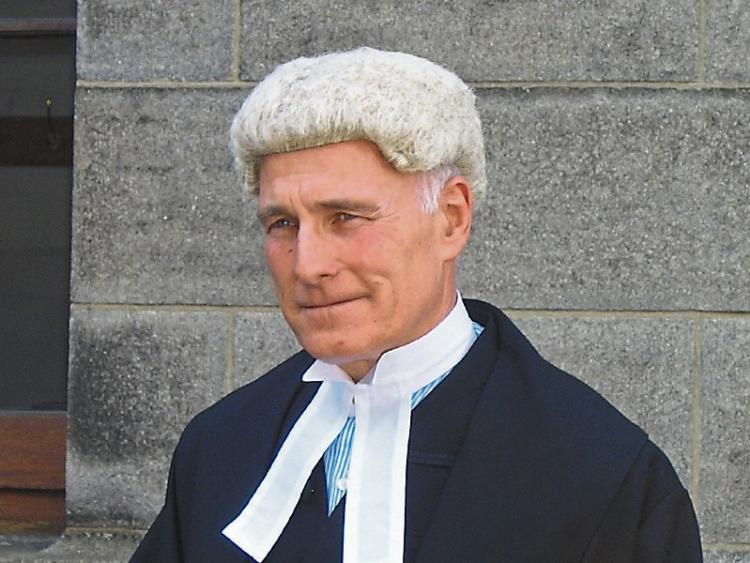 Seventeen people who were before Nenagh Circuit on violent disorder and other charges arising from a family feud have been given suspended sentences by Judge Tom Teehan.

Before sentence was passed, the court was told that members of both families had met and agreed that neither had anything to fear from the other.

Recallig the genesis of the case, Sgt Mark Kelly, Roscrea, told Ms O’Dwyer, BL, for Fintan Marshall, that Mr Marshalll had been in bed on January 30 when his sister and a small child was in the sitting room and a garden object had been thrown through the front window. The object didn’t strike anybody.

Mr Marhsall left the house shirtless carrying a slashhook which he subsequently brought back into the house. Others appeared and at that stage the Marshalls were outnumbered by the McCarthy family.

Sgt Kelly told Mr Madden, BL, for Darren O’Donoghue, that Mr O’Donoghue had taken an active role in mediating between the two families and had taken on that role from an early stage.

“Sometimes he took one step forward and two steps back,” said Sgt Kelly. “But he always wanted to be involved. He was the leader of the family and if he didn’t come on board mediation was pointless.”

Sgt Kelly felt if Mr O’Donoghue was jailed mediation efforts would be strained.

Judge Teehan described the incident as “extremely serious” and “disturbing”, and it was “no surprise” Mrs McCarthy had collapsed afterwards.

Judge Teehan praised Sgt Kelly for the manner in which he had dealt with the incident and its aftermath.

The judge said that the court might have been dealing with a situation where charges of a more serious nature might be before it.

He sentenced Noel Hutchinson, James Walsh, James Lynch, Thomas O’Donoghue, Fintan Marshall and Thomas McCarthy to five years in jail, suspended for five years. Fintan Marhall is currently serving a three-year sentence for assault and is due for release in April 2018.

William McCarthy was sentenced to five years for violent disorder and three for assault, with the final two suspended. The total of six years was suspended for six years.

Fintan Hutchinson was jailed for four years for violent disorder and a further two for production of an article in the course of a dispute, with the entire sentence suspended for six years.

Bernard Doyle Snr was jailed for five years for violent disorder and a further two for assault. The total of seven years was suspended for seven years.

Stephen Bropy was jailed for four years for violent disorder and three years, consecutive for assault causing harm, with the last two suspended.

Judge Teehan pointed out that Mr Brophy had no family connections to either side in the feud and had thrown a pitch fork that had caused facial injuries to a female member of the McCarthy family.

Judge Teehan ruled that the sentences were suspended on the basis that each defendant keep the peace for the length of time of their individual sentences and that they did not engage with each other save for friendly invite.

He also ordered that any outstanding debt due to the mediation service be paid before the June sitting of the circuit court, and, if not, he would hold those parties in contempt.

He hoped that the defendants realised that setting disputes with fists, boots and weapons was futile.

“Violence begets violence. Any idea that might is right doesn’t stand up to scrutiny,” said Judge Teehan.

“Many non-Travellers do not have good things to say about the Travelling community, but in my experience Travellers have a lot to offer. You have sufficient enemies outside not to make further enemies from within the Traveller community,” he said.

Judge Teehan wished the families a friendly relationship in the future and warned that if anybody thought the sentences were a “slap on the wrist”, they would soon find out if there were any breaches.

At the earlier hearing, Sgt Kelly gave evidence that gardaí received information that a fight had been organised between members of the local Hutchinson and O'Donoghue families in Roscrea for January 30. He visited both families that morning and was assured by both that no fight was to take place.

At 11.55am, he received a call about incident taking place at Ashbury View halting site. During what followed, slashhooks, metal piping, an axe, a shovel, a pitch fork and other implements were produced and missiles, including briquettes, were thrown over the Gardai as each side taunted the other.

Sgt Kelly recalled the group of six gardaí tried to keep the belligerents apart for 20 to 25 minutes before assistance arrived from the Garda Regional Support Unit, and further units from Nenagh, Thurles and Clonmel.

Sgt Kelly captured much of the incident on a mobile phone video. He had told the court that the four gardaí who initially responded to the row were completely outnumbered and largely helpless in trying to restore order.