Steve takes to his bike to raise funds for RNLI with visit to Dromineer, Tipperary 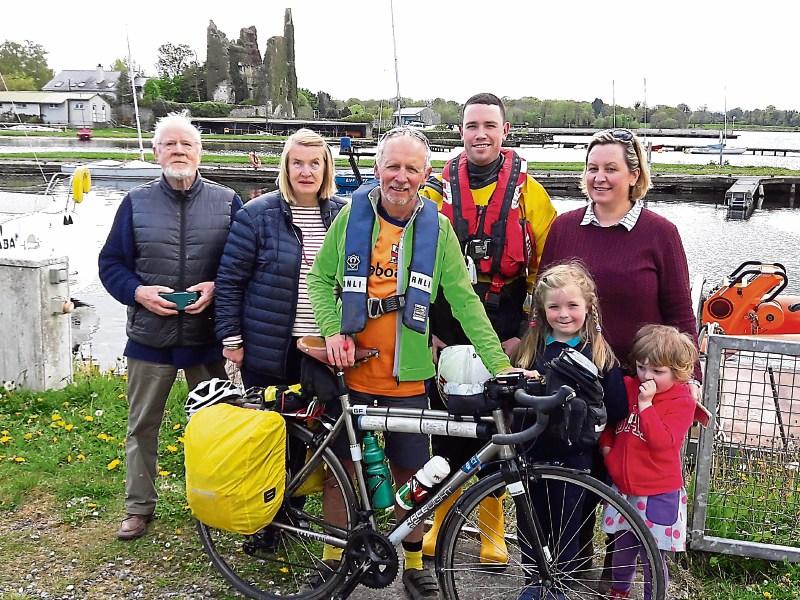 When retired English school teacher Steve McAllister completed a 400-mile marathon cycle from St David's in Wales to Lowestoft in East Anglia in aid of the RNLI, little did he think that a throwaway remark would see him set off on an 8,000-mile journey around the UK and Ireland.

Steve had set himself the task of cycling between the two lifeboat stations following the death of his mother who had been involved with the Lowestoft station. For that journey, he had a number of fellow fundraisers, but his epic trek around Britain and Ireland is a solo effort.

Steve, from Bristol, set himself the goal of cycling to each of the RNLI's 237 stations and last Friday arrived at Dromineer station, his 211th to visit.

During his journey he has battled wind and rain but will never forget the helpfulness and friendliness of those he has met on his trek.

From Dromineer, he set out for Lough Ree and from there to Galway, the Aran Islands, Mayo and round the North and down the East Coast, which he opes to have completed by the end of May