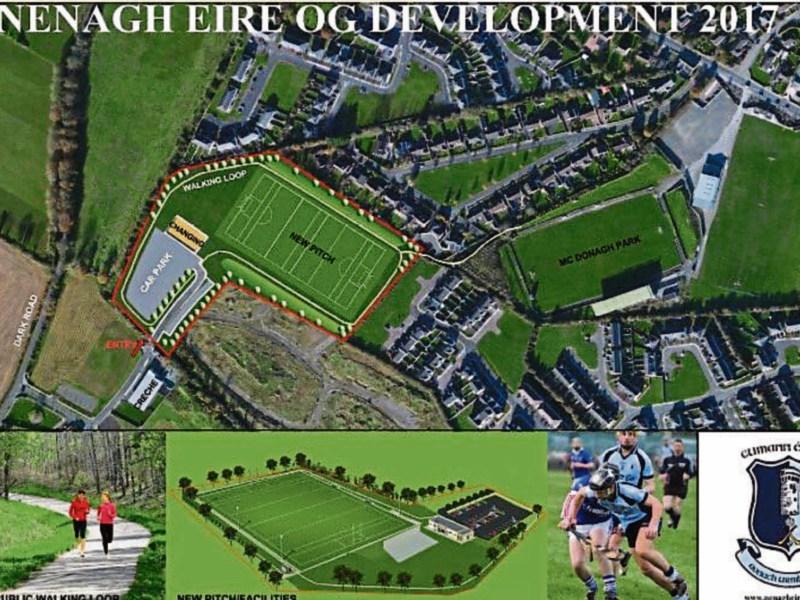 Nenagh Municipal District Council has been asked to look at putting in a dedicated park run in the town.

They suggested that the dedicated area could be established at Stereame and be part of the proposed redevelopment of Nenagh Eire Og's complex under Nenagh Hospital's Healthy Ireland 2017 plan.

The council bought 53 acres at Stereame a number of years ago, and agreed to sell 10 acres of the land to the GAA club.

If the run was established it would give a 5km varied running / walking space.

“Trying to do 5km on the same circuit bores the hell out of you,” said Ms Steed. “You need it to be interesting.”

District manager Marcus O'Connor pointed out that the Stereame land had been bought for First Data with the prospect of enticing other technology firms into the area, as well as being used for housing. “There is no reason why a track couldn't be tweaked into the plan,” he said.

The council is preparing an overall master plan for Stereame.

He pointed out that €500,000 had been invested in walking and cycling routes around the town, but that lighting was a problem on the N52 bypass.

“There have been a number of requests for lighting to TII, but, for some reason, they see that as being outside their remit,” said Mr O'Connor.

Cllr Seamus Morris said that Eire Og was planning a walking track around its pitch and said the club could talk to Healthy Ireland committee.

The appeal was assured the council's support by Cllr John Carroll, who asked that the plan be forwarded to the council's planning department ahead of the master plan being signed off.

Cllr Hughie McGrath, who also raised the lack of lighting on the N52, warned that any area would have to be well lit because people were nervous of walking in the dark.

He pointed out that people were driving to Dolla and Borrisoleigh GAA grounds to walk at night.

Cllr Mattie Ryan was also in favour of the idea, saying that fewer people were now walking on rural roads because of the growth in traffic.

Walking on the road was described as “suicidal” by Cllr Michael O'Meara, who said that Borrisokane had a 400m track but it was proving difficult getting people to use it.