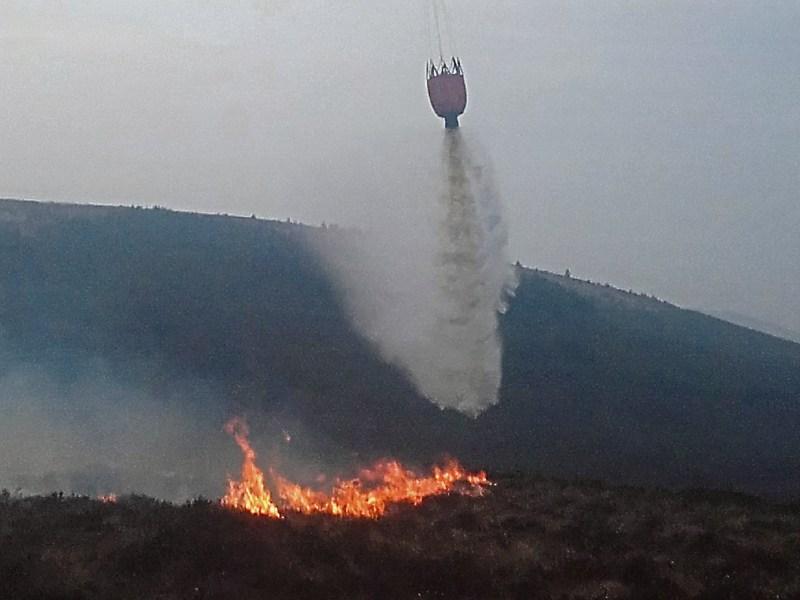 The Irish Natura & Hill Farmers Association has said farmers cannot be held responsible for gorse fires they did not set.

INHFA Cap Chair Colm O'Donnell was responding to comments by Junior Minister Andrew Doyle how illegally burnt land must be removed for payment from the Basic Payment and other land based schemes.

However, Mr O'Donnell said: “Any proposal that could see farmers lose payments due to the actions of others is totally unacceptable to the INHFA.”

He called on Deputy Doyle to clarify what he meant by his comments, which, he said, were “ill advised, confusing and potentially very costly to these farmers, families and communities”.

Mr O'Connell pointed out that in 2015, Dr Kevin Smyth, assistant secretary general, Department of Agriculture Food and Marine told a Joint Oireachtas Committee hearing that no farmer who is a victim of burning with somebody else having set the fire will be penalised.

“As we understand it, what he said still stand,” said Mr O'Donnell.

The ICSA also responded to Deputy Doyle's comments by stating with rural development chairman Seamus Sherlock questioning the legality of penalising farmers through the Basic Payment Scheme whose land had been burned unless there was absolute proof that the farmer was guilty of causing the fire.

“It is abundantly clear that the rapid spread of fires in recent weeks means that the majority of farmers had no hand, act or part in the burning and were in fact, victims of collateral damage caused by the carelessness or recklessness of a few. In fact, we have no proof that any farmer deliberately started a fire,” he said.