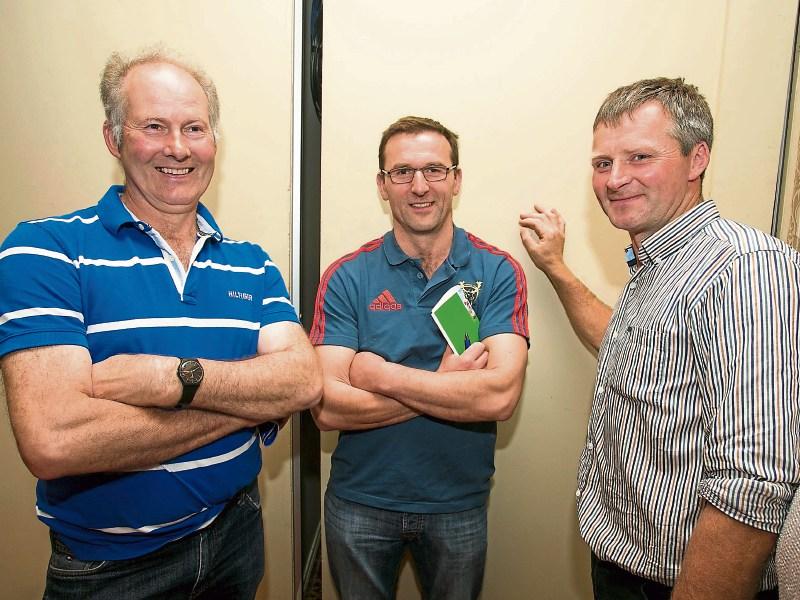 Suppliers to Nenagh-bsaed Arrabawn Co-op received some good news this week with the co-op announcing it could be looking at further investment in its plant.

CEO Conor Ryan announced at its agm that it had hit its 2020 milk supply targets three years early and embarked on a capacity review with the likelihood of further investment as a resul.

Arrabawn employs several hundred at its Nenagh plant, which has under capacity, and, so, any expansion is likely to be good news on the jobs front for Nenagh.

After an unprecedented round of investment that has seen capacity grow over 45 per cent in the past four years, the post-quota increase in milk supply has been such that the co-op is now recalibrating its capacity plans to cater for greater supplies again.

Addressing the agm in the Abbey Court Hotel last week, Mr Ryan said that milk supply had increased more than was anticipated and that the co-op will have to adjust its capacity plans accordingly.

“We’ve reached our 2020 target capacity in 2017. As we stand at the moment, we have an immediate plan that would give us another 10 per cent headroom but the longer term plan for 2020 needs to be reviewed and we need to ensure we have increased capacity,” he said.

Mr Ryan said that previously, Arrabawn had expected supply to increase slightly this year but it was increasing faster than anticipated.

“We need to come up with a concrete plan over the next few months to deal with this. Our Kilconnell site has capacity but our Nenagh site is the one that will need capacity adjustment,” he said.

The Arrabawn CEO said that it had been a strong start to 2017, in particular on feed, with fertiliser also strong initially and the outlook on both feed and fertiliser prices positive.

“With regard to milk, year to date we are up 6.4 per cent on milk and running now at 7 per cent plus week on week,” he said.

The CEO said that the outlook was positive.

“Overall, EU prices have stabilised, though butter is probably driving it on longer than we expected. Overall with milk prices we would be reasonably confident that current price levels are sustainable over the next few months.”

Referencing the Bord Bia Sustainability Scheme, the CEO said that 97.7 per cent of Arrbawn suppliers were participating, up from 53 per cent of our suppliers just one year ago.

“There’s a lot of money involved for the good of the Irish farmer so this scheme is at a critical juncture. The next six months will determine whether it’s a success and it would be a terrible pity for the sake of 1 per cent not being committed or involved that the other 99 per cent would suffer,” he added.