Man assaulted, robbed, abducted and locked in boot of his car 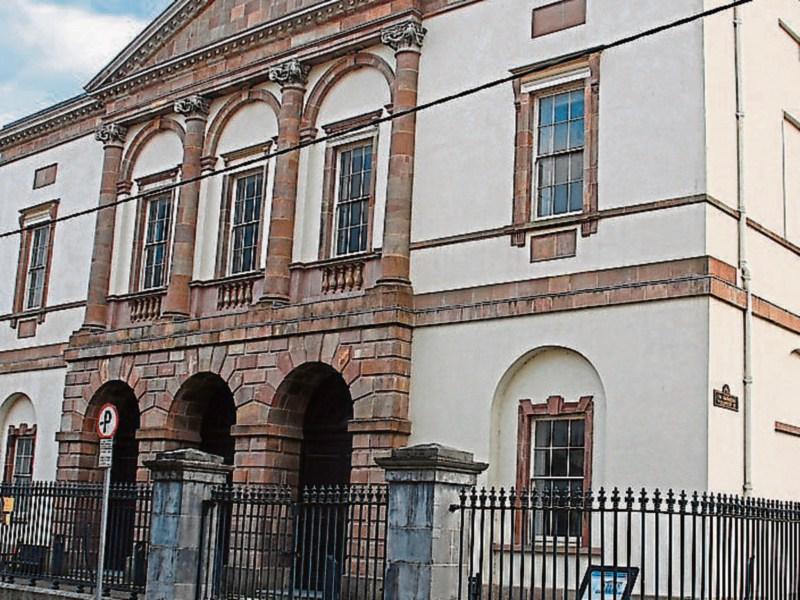 A 52 year-old construction worker sleeping in his car after a night out in Clonmel woke up to a nightmare when he was set upon by two men, who attacked him, imprisoned him in the boot and drove him to a wooded area where they assaulted and robbed him before burning his vehicle.

Both men were sentenced to 12 years imprisonment with the last three years suspended for falsely imprisoning, robbing and assaulting the self-employed man, seizing his car and arson of his vehicle in the early hours of July 7 last year. They pleaded guilty to all these offences.

In the case of Brady, Judge Teehan activated a two-year suspended sentence that was hanging over him last July and directed that it be served consecutive to the nine years he will serve for the above offences.

Det. Gda. Deegan gave evidence that the injured party went to see musicians performing at Baker's Bar at the Clonmel Junction Festival on the night of July 6 last year.

He returned to his car parked at St Mary's Street Car Park at 1.55am. Rather than take the chance of driving home after a few drinks, the man decided to sleep in the passenger seat of his car, which he reclined back. He locked himself into the vehicle.

He was awoken after a short period by banging and saw a man holding a large hunting knife standing at the front passenger side of the car to his left. The man hit the door with the knife and smashed the window.

The injured party then saw another man kicking in the driver's side front window with his foot. The two men shouted at him to get out. He initially ignored them but they kept hitting and kicking the front car doors so he decided the safest thing to do was to get out of the car and reason with them.

Gda. Deegan said when the injured party got out of the vehicle, he was confronted by the smaller of the two men, who the garda believed was Ryan Tate. This man demanded he hand over the car keys.

When the injured man refused to do so, the smaller man came at him swinging his fists and a struggle ensued. The larger of the two men became involved and the victim was punched into the face and head and fell to the ground where he was kicked. The injured party also received cuts to his face during the attack.

The victim blacked out and he next recalled one of the men say “'throw him in the boot”. He was picked up and put in the boot, which was locked. The car was driven off at a very high speed as he could hear the wheels spinning.

Adam Butler later told gardai,the car crashed into a roundabout outside Cahir but the injured party didn't recall this.

After about 30 minutes, the car stopped in a wooded area on a hillside at Cordangan about three miles from Bansha and Tipperary. The back seat was pulled forward and one of the men demanded money from him. He had a €50 note and €10 note in his back pocket. He gave them one of the notes but was told "that is a f**king lie", so he handed over the other note too. He was ordered to get out of the boot via the back seat.

The victim pleaded with the men to let him go. He was bleeding heavily. A deman was made to give them a Seiko watch he was wearing. When he refused, he was attacked by both men, who punched him in the head and face. He was knocked to the ground and was kicked by both men. Adam Brady admitted kicking him in the face. They then left him at Cordangan.

The victim, who was very disorientated, made his way to a house but as it was very early in the morning he didn't want to disturb the occupants and decided to stay outside until he saw signs of life.

He tried to flag down a car, whose driver was related to the owner of the house. This motorist rang the house owner, John Heffernan, to say there was a man outside his house. The gardai in Tipperary were contacted and they came out and met the injured party, who was brought to hospital by ambulance.

Meanwhile, Brady and Tate burned the injured party's car out at Templehurney, Bansha. A truck driver saw the car and notified the gardai, who saw two men, one of whom they recognised as Ryan Tate walking on the road as they travelled to the scene of the car blaze.

When the gardai returned to where they saw the two men, they were gone. They had fled through the fields and made their way to Tate's home in Tipperary where they slept for the day. Both men burned their clothing in an attempt to destroy evidence.

Det. Gda. Deegan said Ryan Tate was arrested on July 8 for committing a burglary at the Aldi Store in Clonmel and admitted his involvement in this crime during his fifth interview with gardai but didn't admit a knife was involved.

Adam Brady presented at Clonmel Garda Station on the same day and was arrested. During his fourth interview he admitted the crime but also denied a knife was involved.

Det. Gda. Deegan's said the victim was in the "wrong place at the wrong time" and wasn't known to the defendants. Brady and Tate went into the car park with the aim of robbing from cars. They brought the injured party with them when they left the car park to prevent him phoning the gardai.

The court heard Brady had 25 previous convictions, the latest was an attempted robbery conviction for which he received four years imprisonment with the last two years suspended for three years at Clonmel Circuit Court in 2015. The suspended portion of the sentence was hanging over him when he committed these offences.

Tate had 23 previous convictions and was on bail for an assault offence when he committed these crimes and a bench warrant was issued for his non-appearance at Tipperary District Court the day before this incident.

Barristers Aidan Doyle SC, representing Brady and Colman Cody SC, representing Tate, pointed to their clients' early pleas of guilty which saved the injured party from having to give evidence in court. Their clients expressed remorse for their actions when they made admissions to the offences during garda interviews and also wrote letters of apology to the victim.

Mr Doyle said when Brady presented at the Garda Station, he told gardai he had "come to face the music". His client asked gardai when he was being interviewed to relay his apology to the victim. Mr Cody said Tate explained he was "stoned out of his head" when he expressed his remorse to the gardai while being interviewed.

At the request of Judge Teehan, both defendants gave undertakings to the court that the victim had nothing to fear from them.

Mr Doyle said Brady lost his brother at a very young age in a drowning incident. He was under the influence of drugs on the night of this incident and hadn't taken any drugs since. He didn't undergo drugs addiction treatment while in custody as he didn't believe he required treatment. However, he acknowledged he had a drug abuse problem.

Mr Cody said this was a "motiveless" and "unprovoked attack" that occurred against the background of alcohol and drug ingestion by his client on this night.

The death of Tate's father in tragic circumstances in 2008 had a significant traumatic impact on Tate and may explain the downward spiral of his behaviour. The cumulative effect of this death and his client's association with a negative peer group resulted in him developing a severe drug addiction.

Mr Cody submitted that Tate was fully cognisant of the enormous impact his actions had on the victim. He was taking steps to deal with his addiction while in custody by attending. counselling. He also completed an Alternative to Violence course.

Mr Cody urged the court to attach to any suspended portion of Tate's prison sentence an opportunity for drug addiction rehabilitation at the Merchant's Quay Centre.

, Judge Teehan said it would be difficult to overstate the seriousness of this case.

"This was an outrageous attack on the personal integrity of a law abiding citizen, who had taken the prudent course to avoid a breach of the criminal law by sleeping in his car overnight so as not to drive home. This was a very serious infringement on his personal integrity and his right to private property.”

Judge Teehan said the injured party had lost well in excess of €10,000 and suffered very significant injuries to his shoulder andto face that left him with a disfigurement.

He said the physical effects paled into insignificance compared to the psychological effects on the victim. He got the impression from the Victim Impact Statement that the injured party was understating the impact on his life.

Judge Teehan regarded the defendants' early pleas of guilty and admissions made in gardai interviews as hugely important in relation to the injured party. And he viewed their apologies as a significant mitigating factor.

He noted that Tate's previous convictions were not at the same level as Brady's. However, it was a classic situation of "joint enterprise" by both men.

He sentenced both Brady and Tate to 12 years imprisonment for false imprisonment and imposed a concurrent 12 year sentence for robbery and two concurrent 10 years sentences for the seizure and arson of the victim's car. The assault causing harm and criminal damage charges were marked proven and taken into account.

Judge Teehan suspended the final three years of both men's sentences on condition they be of good behaviour and keep the peace for three years after their release. He also directed that they refrain from alcohol and drugs and engage with the Probation Service during that time.