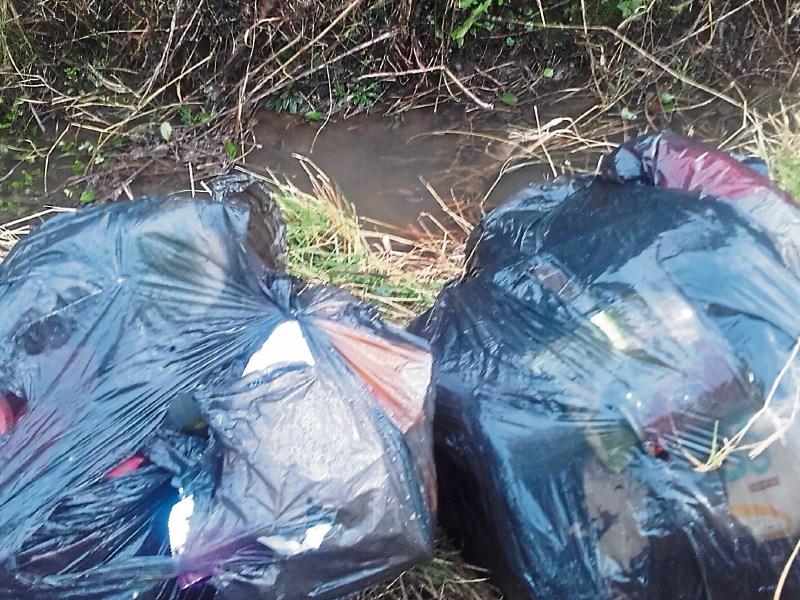 People who dumped waste in the Nenagh River at Clarianna Bridge have been described either having a “low IQ or no respect for the community”.

Cllr John Carroll called for the “full rigours of the law” to be brought to bear on those who dumped a duvet cover full of soiled nappies and other items.

“We shouldn't rest until we find who is responsible,” he told Nenagh Municipal District Council. “They are very mean-spirited.”

Cllr Seamus Morris said that rubbish was being dumped in some of the nicest spots in Tipperary, including along the popular town walk known as the Dark Road and isolated areas such as Carhue on Lough Derg

“Council staff are not employed to clean up other people's mess,” he said.

Cllr Morris said he would “love to see their faces inthe local papers because they have no respect”.

The councillors welcomed €200,000 in funding for a clean-up of the Nenagh River and the Sli Eala river walk.

Cllr Ger Darcy said that plastic bags were being dumped into fields around Cloughjordan and Borrisokane.

Cllr Joe Hannigan called for a register of all households showing how they got rid of rubbish, but Cllr Morris pointed out that one local collector had been put out of business by the “ridulous insistence” on bringing in pay-by-weight, which the operator didn't have.

“It is because of this there are probably illegal waste collectors out there,” he said.

Cllr Morris warned that a proposal to charge for cardboard recycling at waste facilities would lead to it being dumped illegally.

“There are black bags in the cycle lanes as you come into Nenagh from Birdhill,“ said Cllr Phyll Bugler.

The MDC Cathaoirleach supported Cllr Morris and Cllr Hannigan for small waste collectors to be allowed operate, saying the previous operator had been helpful to senior citizens.

“It is a shame he was put out of business,” she said.

Calling for small scale waste operators to be licensed, Cllr Darcy said that not everybody could use the “guy with the elevator on the back of his truck”.

Senior environment officer Marion O'Neill told the councillors that the council did call to households to see if they were using collectors.

However she agreed that there was a “gap in the market”.