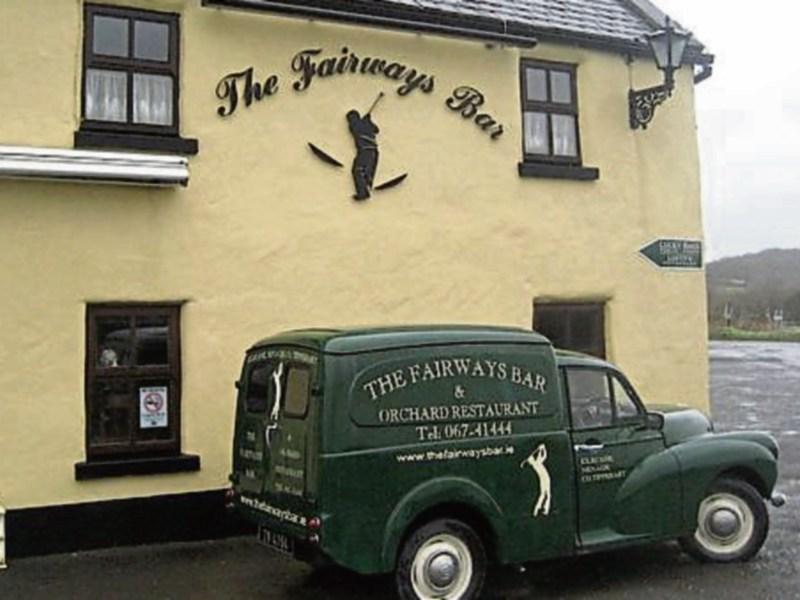 The Fairways Bar in Kilruane, Nenagh

Gardaí in North Tipperary have warned business people with vintage signs to be wary following thefts from two pubs in the early hours of Thursday last.

Two old signs for a tobacco product and cocoa were stolen from Ryan's Pub in Killoscully.

On the same night thieves struck at the Fairways Pub and Restaurant in Kilruane, taking an old advertising sign for tobacco, valued at €2,000. The premises is closed.

A quantity of cannabis herb worth €20 was seized at Shalee Cross on Saturday evening.

Gardaí are investigating alleged assaults involving two males in the main street in Portroe on Saturday night last at around 10.20pm.

In Cloughjordan, meanwhile, a fight involving two males on the main street in the early hours of Sunday resulted in a home owner having two windows of her property broken, while in Silver Street, Nenagh, on Monday last at 4am a window of a premises was smashed, causing €200 worth of damage.

In both cases windows in the vehicles were smashed. Credit cards, a wallet and a driving licence were stolen from one of the vehicles.

In Roscrea, a male was arrested for a breach of public order in Abbey Street on Saturday last.