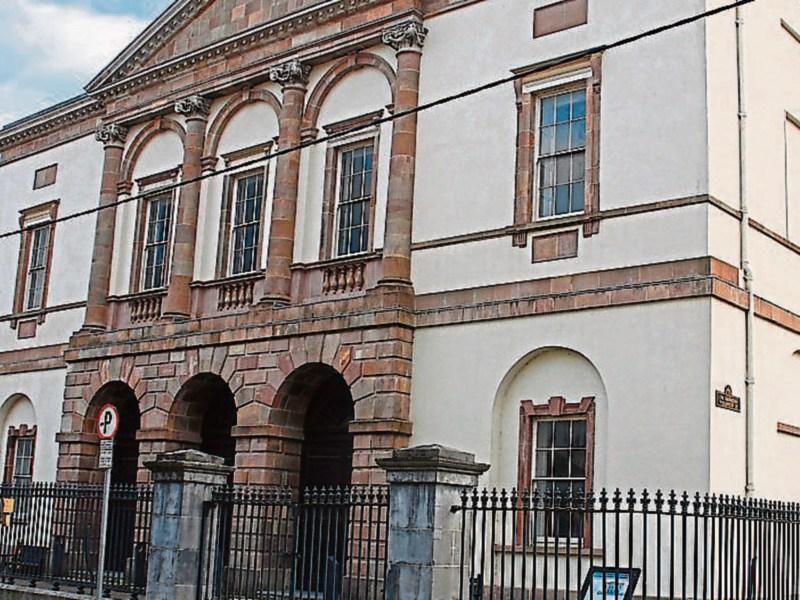 A 29 years-old Cashel man who kicked down the door of a house in Clonmel where he believed his pregnant ex-girlfriend was staying, was sentenced at Clonmel Circuit Court to seven years imprisonment with the last three years suspended.

The sentence was imposed on Edward (Neddy Boy) O'Reilly of Windmill Road, (caravan under the bridge), Cashel at the latest session of Clonmel Circuit Criminal Court.

He was found guilty by a jury following a trial of burglary of No. 20 Cooleens Close, Clonmel with intent to cause assault causing harm on March 9, 2015 and causing criminal damage to the property's front door on the same date. O'Reilly had pleaded not guilty to the charges.

A "nolle prosequi" was entered in relation to a third charge of assaulting his former girlfriend Rebecca Buck on March 5, 2015.

At the sentencing hearing, Gda. Sgt. Kieran O'Regan read a Victim Impact Statement from Stacey Murphy, whose home O'Reilly broke into in search of Ms Buck.

She said €320 damage was caused to the front door. She outlined that she suffered from panic attacks before this incident and these had increased. She regularly attends her GP about anxiety attacks.

She felt extremely nervous and fearful when she was at home alone. Her partner Aisling O'Brien works shifts.

When she was working, she stayed with family and friends. She found this extremely upsetting as she prided herself on being very independent before this.

Ms Murphy said she constantly checks her doors and windows are locked, even during the day and finds herself looking over her shoulder.

Ms Murphy expressed the hope O'Reilly would receive a custodial sentence. She felt that what he did was outrageous and has had a lasting effect on her and her partner.

O'Reilly had 21 previous convictions including two counts of arson on the home of another ex-girlfriend and her mother. He received a prison sentence in the circuit court for these offences.

His other convictions included drugs possession, producing an article in the course of a dispute, drink driving, breach of a barring order, theft, public order and road traffic offences.

Defence barrister Keith Brannigan BL submitted €500 compensation to the court on behalf of this client, wo saved the money during the brief period of time he wasn't in custody.

He confirmed to Judge Teehan that his client accepted the jury's guilty verdict and was very apologetic.

He said this crime was motivated by his client's emotions rather that the desire for financial gain.

He had broken up with his partner, who was pregnant, and was looking for her.

Mr Brannigan pointed out that his client was now in a two year relationship with a new partner and was engaged to her and they had a six months old daughter.

He hadn't committed any offences while in this relationship, which began in June, 2015.

The barrister said his client was quite young when he went to prison and struggled to re-integrate into society when he was released. He hadn't any positive role model in his life and committed this offence within a matter of months of being released.

Mr Brannigan pointed out that O'Reilly had spent more of his adult life in custody than in the outside world. He was now at a point in his life where he had come to a fork in the road and he was conscious his daughter will come to an age when she will realise what a prison visit is.

This was something he wanted to avoid. His fiancée believed he was willing to change.

He presented to the court a letter from the Tipperary Rural Travellers Project, which his client has engaged with while in custody. O'Reilly would continue to engage with this project.

The barrister also pointed out that O'Reilly has been in 23 hours lock-up protective custody for the past 11 months. He suffered a broken eye socket when he was in the prison exercise yard.

Judge Teehan commended Ms Murphy and the two other female witnesses who gave evidence in the trial for their bravery.

"I am sure they found it extremely difficult. The effects on Ms Murphy were considerable and ongoing. I can't lose sight of that very salient fact."

He said the offences O'Reilly committed involved a massive interference with the injured party's constitutional right to private property and the peaceful enjoyment of her private property which flowed from that.

"She didn't have that on this night nor did the other occupants.

Ms Murphy continued to suffer radical life changes as a result of what happened to her on that night."

He said O'Reilly's motive was emotionally based; it was an effort to find his former girlfriend.

He went to this house with aggressive intent as the evidence graphically illustrated. And he committed these acts while under a lengthy suspended sentence.

He took particular account of O'Reilly's previous convictions for arson and other relatively serious offences and also the Probation Service assessment that he was a high risk for re-offending.

All these matters placed this case at the very top of the middle range of offences,

Judge Teehan noted that O'Reilly's new stable relationship and baby were important in dealing with sentencing him and remarked that frequently young men came to see the error of their ways when they came to their 30s and took on the responsibility of parenthood.

He also noted his apology for these crimes and the undertaking he had given to the people who gave evidence in the trial that they had nothing to fear from him in the future.

He warned O'Reilly that if he breached this undertaking, he would be brought back before him for contempt of court.

He suspended the last three years of the sentence on condition O'Reilly entered into a bond to keep the peace and be of good behaviour for four years after his release.

He backdated the commencement of the sentence to July 12 last year when he was placed in custody after the trial jury gave its verdict.

"I hope when you do come out of prison that you lead a productive life and don't find yourself in prison again," Judge Teehan added.