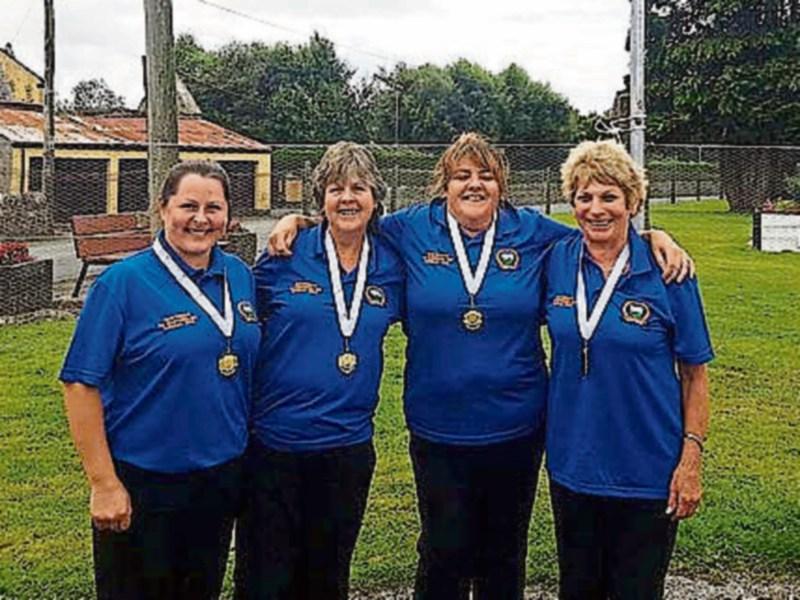 The course was in excellent condition and with the weather behaving the scene was set for a great days play.

When the scores from the first 36 were revealed Grandad was in the yellow jersey with Brian Cahill, Anthony Maher, Tommy Kennedy and Jim Molloy all in touching distance.

The Ladies was equally as tight with Sive Shelley tied with the Captain but as Josie was ineligible to win her own prize it meant that Sive held a slender lead over Helen McMorrow and Elaine Quinn.

After 54 holes the Gents was down to a two horse race with Grandad holding a four shot lead over Brian Cahill. A barrage of early birdies saw the Drom man draw level by the 7th.

The Loughtagalla native didn't buckle though and the back nine was of the highest quality with Cahill notching birdies on four of the last five to see off Martin by a single shot. Stephen Shoer played some fine pitch and putt to secure the Gross prize.

Meanwhile there was no stopping young Sive in the Ladies grade - the more she played the bigger the lead eventually seeing off Josie McCormack with Bridget Shelley claiming the Gross.

Thanks to everyone who played. The Templemore Arms sponsored strokeplay is now up and running and will continue until the end of the month.