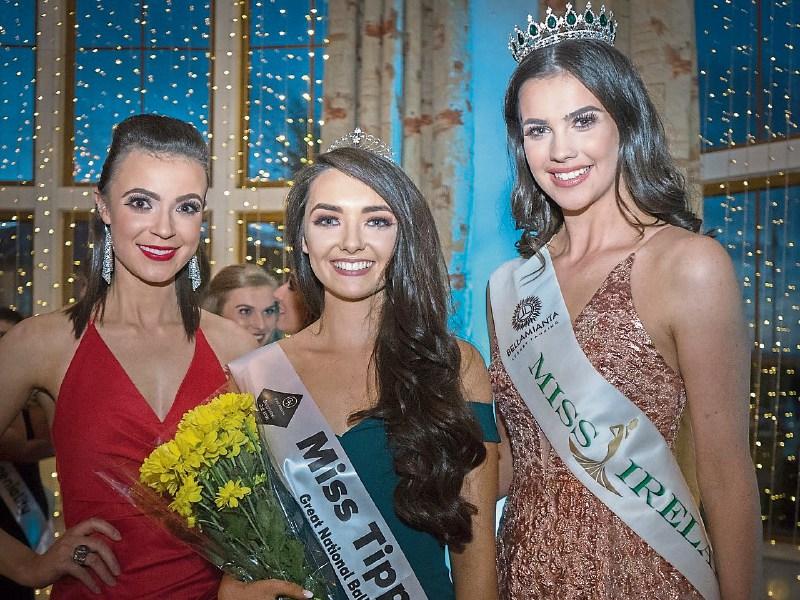 While Tipperary may have lost out on their bid for  silverware this year, Birdhill's Cailin Duggan is eager to rectify the situation by bringing the Miss Ireland title back to Tipperary on Friday night.

The Creative Broadcasting and Film Production student  will be flying the flag for Tipperary at Friday night's final at the Crown Plaza Hotel, Dublin and says she hopes her experience as a film student will help to ease any last minute nerves.

“I've mixed emotions about the  final. I'm nervous and excited about it,” the brunette beauty told the Tipperary Star this week.

Since taking over the reins from last year's Miss Tipperary  Niamh Kennedy, Cailin has been actively fundraising for her charity of choice - the Mater Foundation and Mater Family Heart Clinic raising a whopping €4,444 to help the hospital fight SADS.

The foundation is a charity close to Cailin's heart after her uncle passed away suddenly with Sudden Arrhythmic Death Syndrome (SADS)   15 years ago.  In the intervening years Cailin's entire family have undergone  medical tests in Dublin to determine if any other family members are carrying an undetected genetic condition.

“I've loved getting involved in the fundraising side of things  and working with the  Laura Lynn Foundation was brilliant as I raised €1,000 by completing Hell & Back for the charity,” she says.

Cailin  previously entered the Miss Tipperary competition in 2016 after being  encouraged by a former teacher. However Cailin says that while  she didn't have a lot of confidence  at the time, she decided to push herself and do something outside of her comfort zone which she now credits as one of her greatest achievements.

In a post on the Miss Ireland Facebook page Cailin describes “getting over my struggle with my mental health and anxiety during my teenage years to finally be the person I thought I had lost” as one of her proudest moments  to date.

“Everyone has been incredibly generous so far and I can't thank the people of Birdhill and Tipperary for their support over the last couple of months. I'd also like to thank Flanagan's and Cooper's Bar, Birdhill for their support and Be Fabulous in Limerick for my dress.”