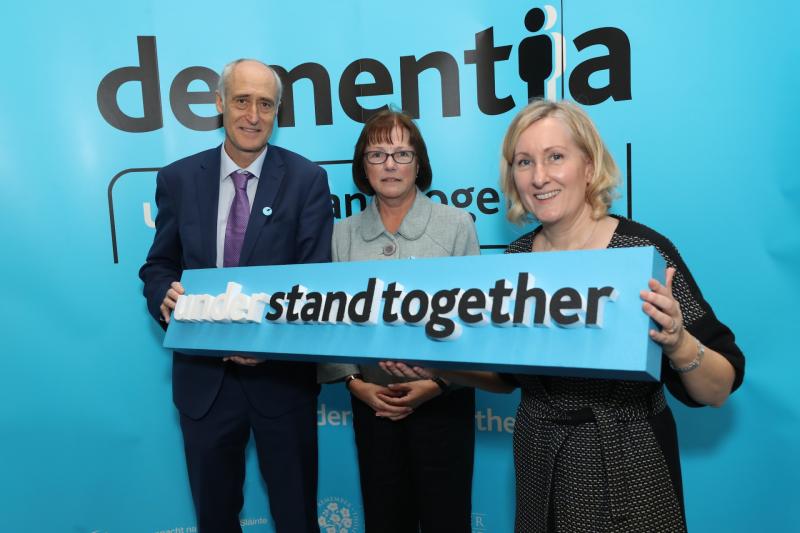 A new campaign aiming to raise awareness and understanding of dementia was launched on Friday after it emerged that over 1,900 people are living with the condition in Tipperary - a figure which is expected to double by 2036.

The new HSE backed campaign ‘Dementia: Understand Together’ is aiming to remove stigma and address the loneliness often experienced by people living with dementia and their families after figures revealed that more than 55,000 people have been diagnosed in Ireland according to figures released from the Central Statistics Office.

The new TV, radio and advertising campaign features real-life stories from people living with the condition including Kilkenny natives Maureen O'Hara and Paddy Butler who have generously shared their experience of living with dementia for the campaign.

"For me the diagnosis wasn't a shock as I had been living it. It was nearly a relief to know. What's most important for me is being connected with people. It's about being out there  ̶  whether that's enjoying hill-walking or keeping in touch with neighbours and friends. I don't like wasting time  ̶  rather, I like spending time. It makes my life worthwhile,” explained 57 year old Maureen who was diagnosed with Young Onset Dementia in 2014.

There are at least 400 different types of dementia which is caused by different diseases of the brain. Alzheimer's Disease is the most common cause of dementia, accounting for two-thirds of cases. Vascular dementia is the second most common type and is caused by diseases which affect blood circulation in the brain. Symptoms include memory loss, confusion with time or place, difficulty communicating, issues with problem-solving, and behaviour changes.