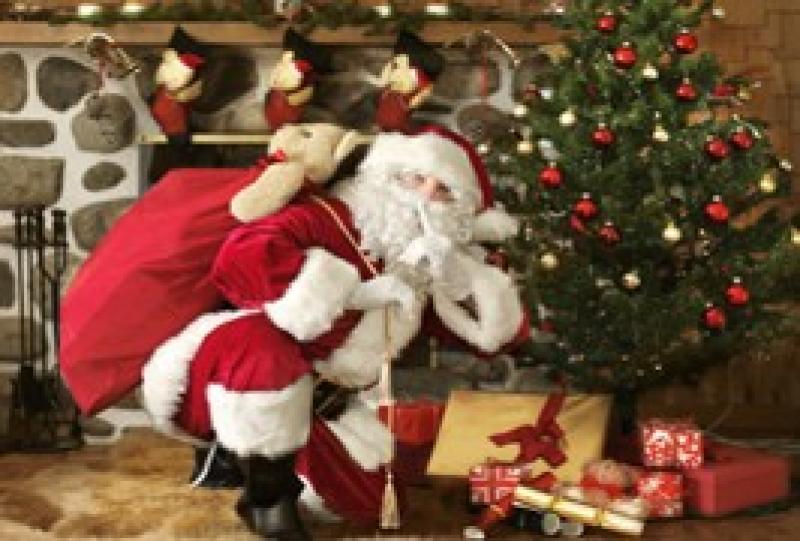 David O'Gormans home at Beechwood Lawns, Thurles has been transformed

Bring your kids to see Santa in Thurles and support cystic fibrosis and Pieta House.

A house at Beechwood Lawns, Thurles has been transformed into every child's dream as Santa Claus will reside there until Christmas at the invite of local man David O'Gorman.
This is the second year of such an arrangement and thanks to the great success of the event in 2016, David decided to extend his invitation to Santa once again and was thrilled when he got the go ahead from the North Pole.
This time around, the proceeds from the donations received will go towards Pieta House and cystic fibrosis and David, who will be taking time off from work in Tesco, Liberty Square, Thurles will be on hand to ensure that Santa Claus is as comfortable as possible and has everything he needs for his extended stay in The Cathedral Town.
“It was a great success last year and loads of children came and visited Santa here at Beechwood Lawns,” David told The Tipperary Star during a break from constructing the magnificent grotto which is almost visible from the moon. Thousands of lights and decorations have been painstakingly erected with precision and care by David and his helpers and everything is in readiness for the first children to make their way into the grotto on Monday evening next.
Santa will arrive in Beechwood Lawns at 5:00pm and will stay there until 8:00pm each day. However, at weekend he will be available in Thurles for a little longer, commencing instead at 3:00pm.
And, for any extra special children who would like a home visit from Santa, this can be organised by contacting David and making the necessary arrangements.
“It has been a real privilege to be involved in this and we are really looking forward to welcoming so many people into our home over the next few weeks - especially Santa Claus,” David told us this week.
“We have been very busy preparing for the visit and I am very grateful for the tremendous support received all round, this year and last. My employers Tesco, and all my colleagues in the Thurles store, have been very supportive and help out with the raffle and all the other arrangements as well. The whole concept has been very successful and creates a real buzz about the neighbourhood,” David said.
Last year, the initiative raised just under €2,000 between donations and the raffle and David is hoping that the 2017 event can be as successful. He has been involved in fundraising in the past, especially for cystic fibrosis, which is very close to his heart as a result of his son suffering from the condition.
David is very appreciative of the support of his family members too who have been employed as 'Santa's helpers' and who have given over their home to this unique project.
To book a time slot with Santa, call 089 4596679 and David will make the necessary arrangements for you. Not only will you be helping to bring the magic of Christmas to your child, you will also be supporting two great causes.