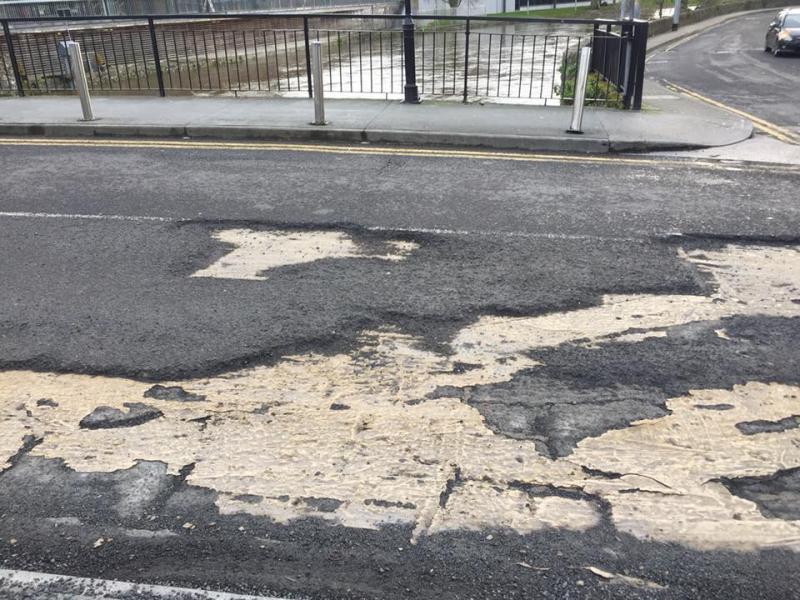 The condition of the River Suir Bridge in Thurles is the talk of the region amid fears for the structure - these fears have been allayed, with engineers saying it is only a surface problem and not a structural one.

Independent Thurles based councillor Jim Ryan has called for the resignation of the Transport Infrastructure Ireland (TII) health and safety officer following acknowledgement from the head roads official in Tipperary County Council that the road surface is a health and safety issue.
Senior Executive Roads Engineer Mr Michael Hayes, agreed with Cllr Ryan that the Suir Bridge in Thurles is a health and safety hazard, but he poured cold water on suggestions that the structure of the bridge is an issue, stating that the problem lies solely with the surface. 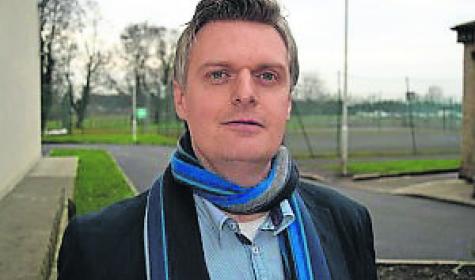 Cllr Jim Ryan has called for the resignation of the TII health and safety officer.

In a detailed discussion on the whole saga relating to the 'disgraceful condition' of the bridge, as it was labelled by a number of councillors, members heard that representatives of Tipperary County Council, including Cllr Eddie Moran who represented the Templemore Thurles Municipal District, met with the TII on Monday and put the case for the necessity of work on the bridge as forcefully as possible. However, it emerged that the TII's bridge expert was not present at the meeting, a fact which angered councillors when they heard it, though Mr Hayes pointed out that this was not a significant snub or anything like it. “That person is simply based in another office and I would not be reading anything into the fact that he was not present,” he said.
Chairman of the Municipal District, Cllr Seamus Hanafin led councillors in the expression of their frustrations and said that there needs to be immediate action. “This needs to be dealt with because it is just going on too long and if it goes as far as the next meeting, it will just be a bridge too far,” he said. 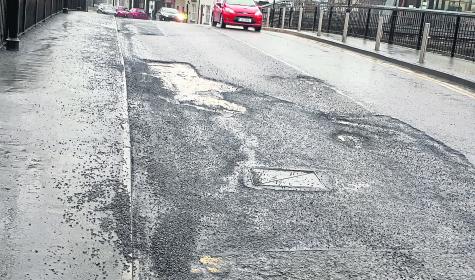 Another section of the bridge surface which is falling apart.

Mr Hayes outlined the position with the Suir Bridge. A major improvement programme was undertaken in 2012 but a sub base failure has emerged which results in surface dressing being unable to adhere to the waterproof membrane which was utilised. There are a number of options, he said, but the County Council is pressing for a complete overhaul of the surface which would require replacing, in total, the sub base layer and installing a reinforced concrete slab which would then be finished off either with concrete or macadam. However, when pressed on the matter, Mr Hayes was unable to give a timeframe, but said he expected to hear word from the TII sooner rather than later. “The frustrations of the members, and the council, are well recognised by the TII. I cannot give a timeframe because they will have to design the job and fund it also,” he said.
As the discussion progressed, Cllr David Doran (Sinn Féin) informed members that if something is not done about the condition of the bridge by the February meeting, he will be organising a public meeting in Thurles to allow the public to vent their anger about the situation. People, he said, were threatening to refrain from paying their motox tax as a result of the condition of the roads, and while he could not condone this action, he understood it perfectly.
Cllr Jim Ryan was pleased to hear that the structure of the bridge has not been undermined but he was very insistent that the health and safety officer of the TII should resign, especially considering that this person is standing over a section of roadway which is a health and safety hazard, a statement endorsed by the Senior Roads Executive Engineer.
Cllr Eddie Moran had said that the Suir Bridge was part of the TII's two year plan, but Mr Hayes is confident that there will be action taken with the bridge sooner rather than later.