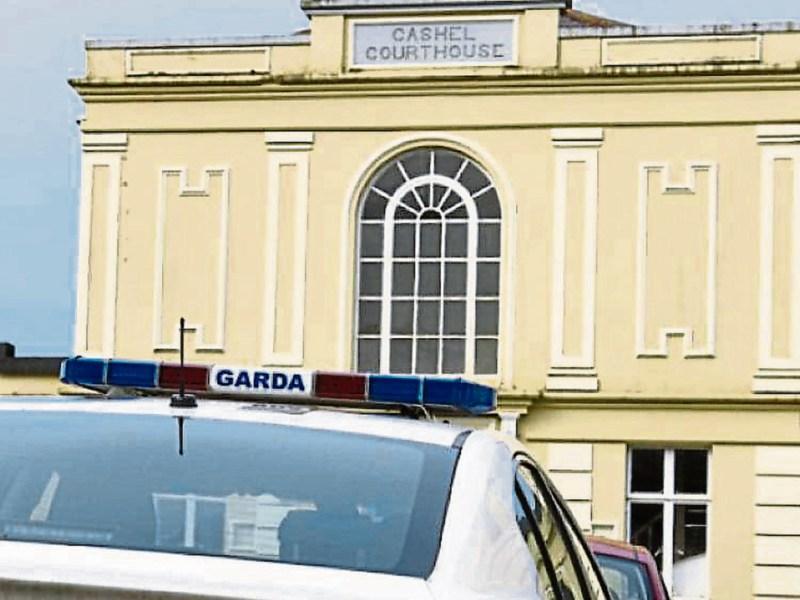 Three members of the same family pleaded guilty to charges arising out of a drugs search at their home, at a special sitting of Cashel District Court on Monday.

The case had been listed for a contested hearing but in court the defendants’ solicitor said his clients had changed their pleas to guilty to a selection of charges.

Before the court were Cody Mannion, 37 Rosemount Heights, Cahir, who pleaded guilty to a charge of being in possession of drugs for sale or supply;

Peter Mannion, 37 Rosemount Heights, Cahir, who pleaded guilty to one charge of obstruction;

And Annette Beatty, 37 Rosemount Heights, Cahir, who pleaded guilty to one charge of obstruction.

Garda Sean Brosnan gave evidence in court that in August 2016 he was a member of the Garda Divisional Drugs Unit.

He became satisfied Cody Mannion was involved in the sale or supply of drugs and obtained a warrant to search his home on August 25, 2016.

With two other gardaí Garda Brosnan went to 37 Rosemount Heights, Cahir, to carry out the search. He said they “met with significant resistance” from Annette Beatty. She was standing at the door of the house when she saw the unmarked garda car arriving and she shut the door on the gardaí.

On entering the premises Beatty behaved in a very aggressive manner, forcibly preventing the other two gardaí from entering the house and shouting at other people to run out the back, Garda Brosnan said.

Beatty “grabbed hold of Garda Deegan” preventing him from going out to the utility room. She also obstructed Garda O’Gorman who was behind Garda Deegan.

When Garda O’Gorman went out to the back of the house he observed Peter Mannion discarding two cannabis grinders into a kennel.

Garda Brosnan went upstairs to Cody Mannion’s bedroom and during a search located four ziplock bags of cannabis herb in a container. A number of other items were seized that Garda Brosnan said he believed were connected to the charge of selling or supply drugs, including ‘deal bags.’

The garda said the items seized were sent for analysis at the forensic science laboratory and were found to contain cannabis.

Solicitor for all three defendants, Colin Morrissey, said Annette Beatty wished to apologise for her actions. She is in her 40s and a mother of three children, a daughter aged 28, Cody Mannion who is 23 and an 18 year old who resides at home. For the past two years she has been medicated for depression and anxiety.

Mr Morrissey said his client accepted she was in a “heightened state” on the day of this incident. She was confronted with three gardaí and had never found herself in such a situation before. Beatty, he said, cares for her mother who suffers from dementia and cancer, her son who has cystic fibrosis and a grandchild in loco-parentis. She is “highly embarrassed and disappointed to find herself in court.”

Peter Mannion is 46, the father of three children and in full time work. He accepts he did commit an offence. He was not aware at the time he was committing an offence, it was “an instinctive thing” the solicitor said. He was aware what the grinders were but they were not his.

Judge Finn commented that the instinct must have been on the basis Mannion knew they were for an illicit purpose.

Cody Mannion, the court heard, was 23 on the day of the court hearing. He suffers from CF and is on disability. He also suffers from anxiety and depression. He began using cannabis for relief and then started supplying to friends. He is “holding his hands up” to the charge of having drugs for sale or supply.

Under his disability scheme Cody Mannion can work when fit and he does the odd day here and there, the solicitor added. He did a fitness instructor course in a college in Cork and qualified in September last year.

Mr Morrissey said his client has learned a very valuable lesson in respect of this matter and wanted to assure the court he would not be before it again.

The solicitor asked Judge Finn to be as lenient as possible in sentencing as his client was concerned he would not be able to obtain work in other countries in the future.

Judge Finn said leaving the defendant without a formal conviction was “not an option.”

He said Annette Beatty and Peter Mannion were obliged to comply with the garda search and didn’t do so. He remarked that as late as January this year they wished to contest the charges, he had not seen any concession until they “arrived here to court today.”

Beatty was convicted of obstructing Garda Deegan and fined €500. She was sentenced to two months imprisonment to be suspended for two years on condition she sign a bond to keep the peace and be of good behaviour. Two other charges against her were struck out - a second charge of obstruction and a charge of allowing her premises to be used for the manufacture, production or preparation of a controlled drug.

Peter Mannion was convicted of obstructing the search by hiding the grinders and fined €500.

He was sentenced to two months imprisonment to be suspended for two years on condition he sign a bond to keep the peace and be of good behaviour.

Two further charges against him were struck out - unlawful possession of drugs and allowing his premises to be used for the manufacture, production or preparation of a controlled drug

Cody Mannion was convicted of having illegal drugs for sale or supply.

Judge Finn said this was “the most serious matter before the court.” The judge adjourned sentencing of Cody Mannion until Cashel District Court on February 22 when he said he will talk to the Probation Service about a Community Service Order.

Recognisance in the event of an appeal was fixed for Annette Beatty and Peter Mannion.

Judge Finn issued a destruction order for the items seized in the search.