Supernatural success as Thurles Drama Group gets into festival 'spirit' 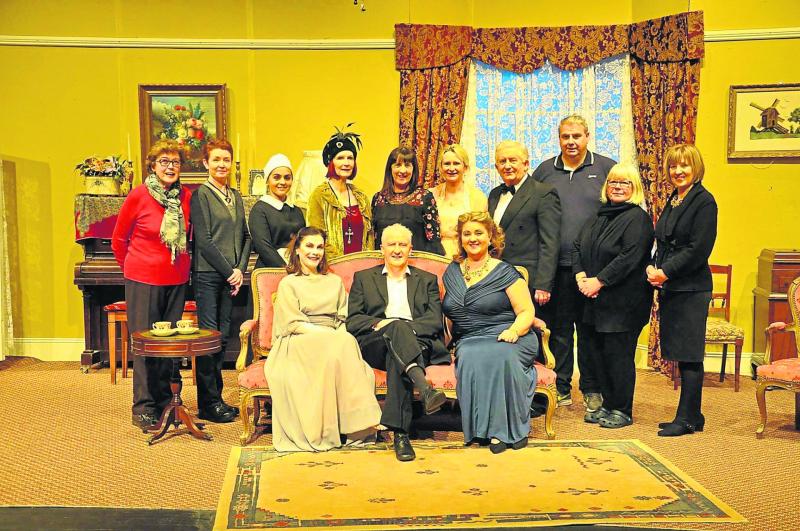 Thurles Drama Group enjoyed a great run with their festival production, Noel Cowards Blithe Spirit, which ran in The Source last week, concluding on Saturday evening.
A comedy laced with farce, hilarious mix-ups and sophistication, Blithe Spirit might not be everybody's cup of tea, but it certainly quenches the dramatic theatre thirst and ensured that the appetite of enthusiasts has been well and truly whetted in advance of the upcoming Tipperary Drama Festival in Holycross.
Before ever an actor sets foot on stage, the audience is drawn in by the magnificent set. Now, we have come to expect as much from Thurles Drama Group, but as the plot unfolds the set becomes more than just a location for the action - it becomes part of the action with the invisible walls, swinging patio doors and lighting centrepiece, the lighting itself and the many little touches, combining to give a supernatural feel to the goings on.
The appropriate look was really achieved in terms of costumes, stage design, hair, make-up etc. - it really was easy to imagine being a fly on the wall in the sitting room of Charles and Ruth Condomine as the plot unfold so beautifully.
There were just seven on stage for this production, which is set in Kent, England in the 1940's. And, they were simply superb. A drama, with much difficult dialogue, Martin Fitzgerald, Sandra Dunne, Mary Bowe, Mary Condron, Liam Ryan, Grainne de Stafford and Lorna Healy were outstanding from start to finish.
The Condomines (Martin and Sandra) were deliciously charming, to a point, until the arrival of Elvira, the wonderful Mary Bowe, upset their idyllic lives. And, all thanks to the efforts of Madame Arcati, the wonderful Mary Condron who was as daft as a brush all through.
This drama will surely do well on the circuit and will be tweaked and improved upon -if that is possible - as the weeks go by. A big shout out too to Director Margaret McCormack who oversaw a very very slick, professional and entertaining production, Congrats all on a wonderful piece of theatre.