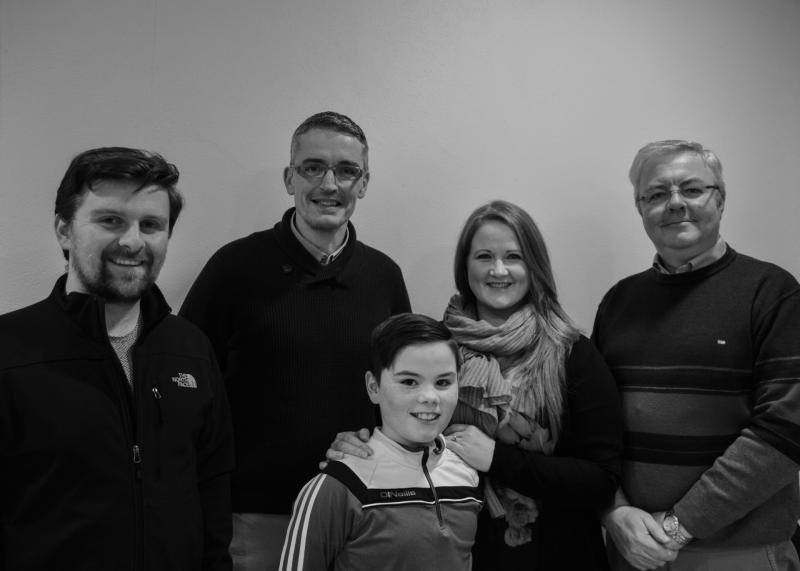 Jack Carolan, Barry Derby, Harry Keane, Linda Ryan and John Scott - some of the main role players of Ragtime which continues until Saturday in The Premier Hall.

The hit show continues until Saturday evening in The Premier Hall.

Thurles Musical Society's production of Ragtime was greeted with a series of standing ovations last night as the show opened in The Premier Hall.
This superb show with a wonderful musical score, a great storyline and slick choreography was a real favourite when it featured in Thurles fourteen years ago as the European Amateur premiere. And, time, it seems, has not diminished the appeal of the musical which opened to great acclaim last night and runs right through to Saturday.
There is something for everyone in this show - great music, movement, pathos, comedy, conflict, the meeting of classes and races, tragedy and love. All of this rolled into one show - this non stop musical is certainly keeping audiences on the edge of the seats in The Premier.
While many of the faces on stage will be very familiar to regular theatre goers including the likes of Michael McLoughlin, Maria McElgunn, Barry Derby, Linda Ryan, Donal Taylor, Finbarr Shelly, John Hayes, David McElgunn and John Scott, there are newcomers too in the form of the childrens chorus - which includes the fabulous Harry Keane and Chloe Cahill - as well as Jack Carolan and Ciaran Dunphy. Then you have Marie Therese Purcell, Danielle Martin, Damian Sweeney, Frank Tuohy, Fiona Delaney, Brendan Bailey, Jonathan Gleeson, Geraint Fyler and Peter Donnelly, all brillinatly turned out in appropriate dress for the show which is set in the early 20th century.
The stage and set for this show, Directed by Christine Scarry, is magnificent - have a look out for the Ford Model T, created by the Stage Manager Tommy Sweeney. It is worth going to see the show for this creation alone.
Tickets can still be booked at the Booking Office in Bookworm, Liberty Square, Thurles at 085 2868726, or can be secured at the door on each nights performance.
Don't miss this unique opportunity to see, what is regarded as one of the best show around at the present time - those who attended last night certainly showed their appreciation as they rose to their meet on numerous occasions to applaud the company.