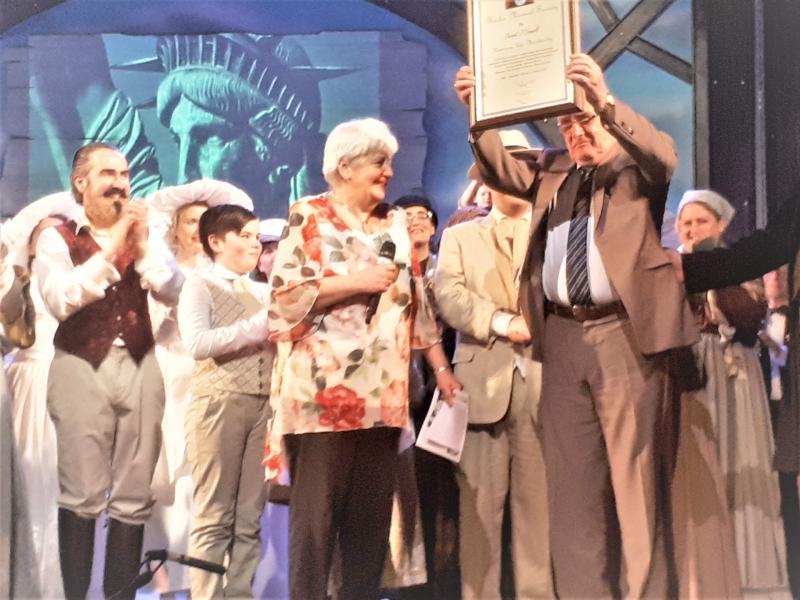 Derek O'Connell on stage with the cast of Ragtime on Saturday evening as he received his Honorary Life Membership.

Saturday evening last proved to be a very special one for Thurles Musical Society as Derek O'Connell was announced as an Honorary Life Member, in recognition of many years of service to the local group.
Former proprietor of Park Avenue House Hotel in Thurles, Derek and his late wife Eleanor provided a home from home for Thurles Musical Society for many many years and there was always a welcome for visitors with the facilities being placed at their disposal without exception.

Derek, pictured on the night with members of his family.

And, Derek has also been one of the ushers with the Society for many years and is a familiar smiling face to those who attended the shows in the balcony of The Premier Hall, showing people to their seats and offering whatever assistance is necessary.
So, it was with much delight that TMS honoured Derek at the final night of the 2018 show, Ragtime - a production which had audiences on their feet for each nights performance.