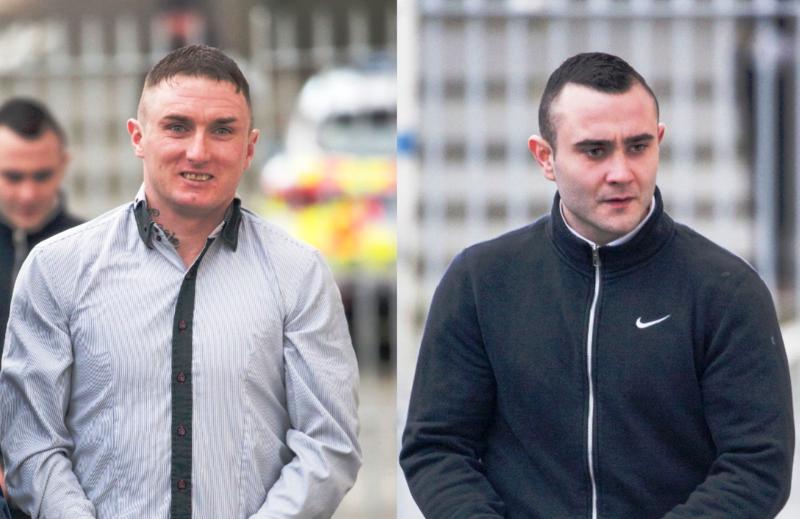 The Court of Appeal has increased prison sentences handed down to two men jailed for a “fatal burglary” at the home of a 62-year-old after finding that their original three-and-a-half year jail terms were too lenient.

The Court of Appeal found the men's sentences to be “unduly lenient” following a review of sentence brought by the Director of Public Prosecutions and they were both resentenced on Thursday to seven years imprisonment with the final eight months suspended.

In seeking a review of the Caseys' sentences last December, counsel for the DPP, Thomas O'Malley BL, submitted that the Caseys had targeted four residential properties and entered three. He said the Caseys had embarked on a burglary “spree” which was pre-planned and premeditated. Mr O’Malley said residential burglary, when carried out in isolated rural areas, as these ones were, were a matter of “intense social concern”. Sentences for such offences, Mr O’Malley submitted, must include an element of general deterrence to send the message out to the general public that such a course of offending will not be tolerated.

There was no suggestion the Caseys intended to kill or cause serious injury to Mr O’Donoghue and it was accepted that they were genuinely remorseful for what happened. However, Mr O’Malley submitted, an accused must take his victim as he finds him and he referred to the serious harm caused in the case of the O'Donoghue burglary.

He said crimes such as these had many victims, not only the individual whose property was taken but others living in the area “may be frightened and may have their quality of life reduced” by being compelled to move out of their homes and into sheltered accommodation.

Giving judgment, Mr Justice George Birmingham said the late Mr O’Donoghue had lived with his sister and, on the day in question, they had both gone to Tipperary town to do some shopping. When they returned home that afternoon, Ms O’Donoghue noticed a black car across the road and that the gate to their property was ajar.

They became suspicious that somebody was inside the house and it became evident the front door had been broken. The driver of the car across the road began beeping his horn. The late Mr O’Donoghue got a shovel from a shed and took up a position near the door of the house. His sister noticed he didn’t appear to be looking well.

At that stage, Mr O’Donoghue collapsed and died. “Ms O’Donogue actually called on the intruders for assistance but none was forthcoming,” the judge said.

Gardai and an ambulance were called. Despite efforts to revive Mr O’Donoghue he was pronounced dead at the scene.

A post-mortem examination indicated that the late Mr O’Donoghue had an enlarged heart and there was significant coronary artery disease and scarring of the heart muscle which meant he was at an increased risk of sudden collapse and death.

The State Pathologist, Dr Marie Cassidy commented that while Mr O’Donoghue did not have direct contact with the intruders, the stress of the situation would have caused an increase in his heart rate and his blood pressure and the psysiological effects of the situation would have precipitated his death as he was at risk of developing a fatal cardiac arrhythmia in those circumstances.

“While of less significance in the context of what occurred,” Mr Justice Birmingham said a number of items of property were stolen from Mr O’Donoghue’s home as well as a small amount of cash.

David Casey lived with his mother in Coolock and had 14 previous convictions. He was on bail at the time of the spree in respect of a burglary he had committed in Galway for which he subsequently received a six month sentence. He was additionally on station bail in respect of another burglary for which he subsequently received a two month suspended sentence.

Neither Casey had any history of being in gainful employment. Probation reports described both men as being at high risk of reoffending.

Mr Justice Birmingham said the Court of Appeal had no hesitation in concluding that the Caseys sentences were “unduly lenient” to an “appreciable degree”.

He said the offending involved in the Caseys conduct was in the high range. The principle reason being that it was a “burglary spree”, a planned and premeditated one. It was carried out by a group and that aggravating factors were present, particularly in respect of the O’Donoghue’s home but also in the home that was “ransacked” - ransacking specifically being identified by the court as an aggravating factor to add to the list of possible aggravating factors in burglary. Also, the court considered the Casey’s relevant previous convictions.

Mr Justice Birmingham said the events of the day in question required an aggregate pre-mitigation sentence of not less than ten years. This was reduced to seven on account of the Caseys guilty pleas, their admissions and remorse which appeared genuine.

The court further suspended the final eight months of the sentence because the Caseys were being resentenced, rather than being sentenced at first instance, and that carried an additional hardship.

Mr Justice Birmingham, who sat with Mr Justice Alan Mahon and Mr Justice John Edwards, resentenced the cousins to seven years imprisonment with the final eight months suspended for the burglary of the O’Donoghue home.

The Caseys made no reaction when the judgment was delivered.

The Caseys “spree” that day first involved a burglary at Dromsallagh, Cappamore where the homeowner returned from his morning chores at 2pm and noticed there was damage to the front and rear doors of his home but entry had been unsuccessful. This gave rise to criminal damage. The second incident occurred at Kyle, Cappamore, Co Limerick, where the home of a woman was “ransacked”. Approximately €500 cash and jewellery worth €1,000 was taken some of which was also of sentimental value.

The next incident occurred at Portnard, Cappamore, Co Limerick where a neighbour had heard noise or voices nearby and then saw a male coming out the front window of the house.

Finally, the O’Donoghue’s home was targetted.

In a rare more earlier this year, the Director of Public Prosecutions asked the Court of Appeal to set guidelines or sentencing parameters for the offence of burglary in Ireland.

Counsel for the DPP, Thomas O’Malley BL, submitted a number of factors that would put a burglary into the mid-range and upper end of the mid-range category. These were: Planning and pre-meditation; Two or more participants acting together; The targeting of residential properties, especially in rural areas; The targeting of residential property because the occupant was known to be vulnerable on account of age, disability or some other factor; The taking of poerperty which had a high monetary value or high sentimental value.

The DPP also identified factors that would tend to place a burglary in the most serious category. These were: Ransacking of a dwelling; Entering during the night a dwelling known to be occupied especially of the occupant is alone; The use or threat of violence; The cause of significant injury, whether physical or pshycological, or serious trauma.

To that list, Mr Justice George Birmingham said the Court of Appeal would add the presence of relevant previous convictions as an aggravating factor.

Furthermore, a confrontation with an occupant of the dwelling would be also an aggravating factor. The more aggressive the confrontation the greater the aggravation.

Evidence that an intruder equipped himself with a weapon while in the dwelling, rather than bringing one in, would also be a serious aggravating factor, the judge said.

He said the difference between labelling an offence high-end or mid-range was “often a fine call” and the judge’s legitimate margin of appreciation “may well straddle both”. In that event, how it was labelled may in fact not impact greatly on ultimate sentence, Mr Justice Birmingham said.