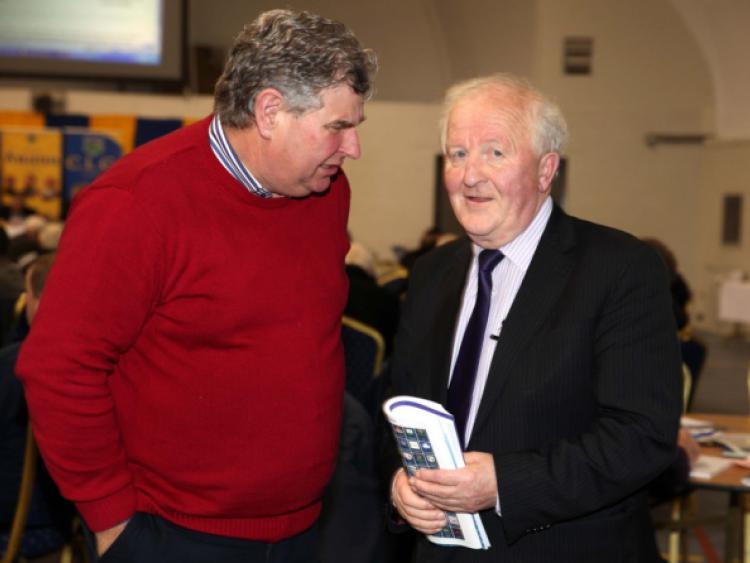 Donal Shanahan (pictured left) who is to stand in the General Election as an Independent candidate.

The Toomevara man will stand as an Independent candidate

Former Tipperary GAA Board Chairman Donal Shanahan has announced that he is to contest the General Election as an Independent candidate, we can reveal this morning.

The former Munster Council representative is very well known in GAA circles and was Chairman of Tipperary Bord na n-Og and the North Tipperary GAA Board, as well as being Chairman of Toomevara GAA club.

Closely aligned to Fianna Fail for many years, Mr Shanahan made the announcement at a function over the weekend.

Since making the decision to contest the election he has been very encouraged with the goodwill and messages of support that he has received throughout the Tipperary constituency, he told The Tipperary Star this morning.

Read this weeks Tipperary Star for more news on this breaking story.