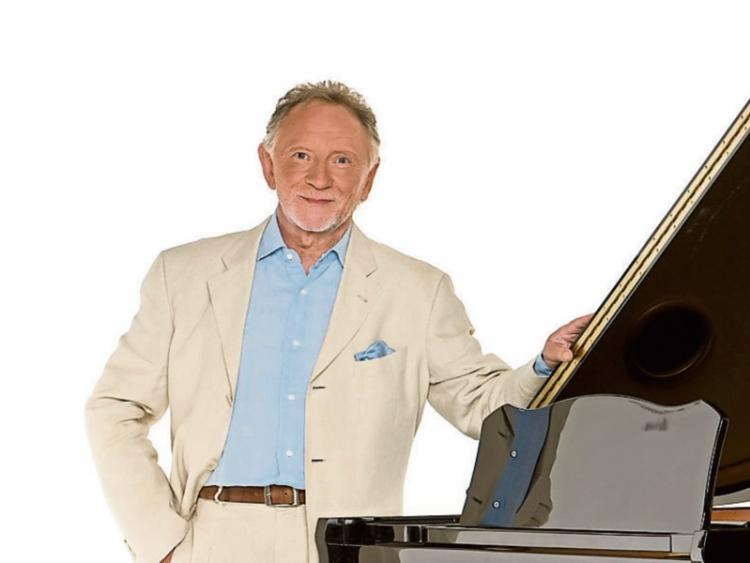 Phil Coulter is coming to the Cathedral of the Assumption, Thurles.

The internationally renowned singer, songwriter and pianist is looking forward to the unique ambiance of the Cathedral of the Assumption.

Internationally renowned singer, songwriter and pianist Phil Coulter will throw open the doors of the magnificent Cathedral of the Assumption in Thurles for a first-of-its-kind celebration of his music in the principle Church of the Archdiocese of Cashel and Emly on Friday September 28th.
The Derry born artist has amassed 23 platinum discs, 39 gold discs, 52 silver discs, two Grand Prix Eurovision awards; five Ivor Novello Awards, which includes Songwriter of the Year; three American Society of Composers, Authors and Publishers awards; a Grammy Nomination; a Meteor Award, a National Entertainment Award and a Rose d'or d'Antibes. He is one of the biggest record sellers in Ireland and he is really looking forward to coming to Thurles to play in the recently refurbished and stunning Cathedral.
Of course having played in such places as Carnegie Hall and the White House in the US, the Cathedral of the Assumption will not be a majorly daunting challenge for Phil Coulter who has many hit inspirational and indeed spiritual songs to his name across a number of genres including classical, pop, rock, folk and traditional music. He has also had considerable success in the Eurovision Song Contest with Cliff Richards 'Congratulations' being one of his big hits, as well as 'Puppet on a String' for Sandie Shaw which was the 1967 winner.
Having been associated with groups such as Planxty, Celtic Woman, Joe Dolan, Bay City Rollers, Sinead O'Connor, the Dubliners, Boyzone and many more, in 1995, the Irish Rugby Football Union commissioned him to write a politically neutral anthem for the Ireland national rugby union team, which represents both Northern Ireland and the Republic of Ireland. The result was "Ireland's Call", which is played alongside, and in some cases instead of, "Amhrán na bhFiann". As well as being used by both the Ireland national rugby union team and the junior national teams, "Ireland's Call" has since also been adopted by the Ireland's national hockey, cricket and rugby league with world renown singing group Celtic Thunder taking it on as one of their leading anthems. However, though performed on an international scale all the time, this would not be regarded as Phil's best known song. Without a doubt The Town I Loved So Well would be his best known hit while Scorn Not His Simplcity would be up there also, having been performed in the past with such feeling by the late Luke Kelly of the Dubliners – the song was written in memory of Phils Down's Syndrome son who died aged four, and is performed with great emotion by the author also.
Of course the purpose of the concert in the sacred space that is the Cathedral of the Assumption, is to kickstart a fundraising initiative for the replacement of the roof of the building. When the Cathedral was refurbished some years ago it was decided that the roof was still in decent condition and did not need major attention at the time. However, it was acknowledged that a decade or so would see the building requiring attention again and now the time has come to replace the entire roof in order to sustain the Cathedral into the future.
Its great history goes back to 1857 when Archbishop Patrick Leahy revealed his plan to replace the 'Big Chapel' which had been used as parish church in Thurles, with as Archbishop Bray explained "a cathedral worthy of the Archdiocese of Cashel and Emly"
Work commenced in 1865, and the impressive Romanesque Revival architecture building, with its façade modelled on that of Pisa Cathedral, in Italy, was consecrated by Archbishop Thomas Croke on 21 June 1879.
The architect was J.J McCarthy; Barry McMullen was the main builder. J.C. Ashlin was responsible for the enclosing walls, railings and much of the finished work. The building has many architectural features, including an impressive and famous rose window, a baptistery, and its most important possession is a tabernacle of Giacomo della Porta, a pupil of Michelangelo.
Archbishop Kieran O'Reilly, Archbishop of Cashel and Emly and Rev Fr James Purcell, PP Thurles, are throwing open the doors of the Cathedral to all with a warm welcome for everyone who wishes to come and sit and listen to the magical musical maestro in full flow. How special it will be to hear the piano reverberating throughout the ecoustically wonderful building – it promises to be a moving, spiritual experience, and you can be there. Tickets are available in the Parish Centre, Cathedral Street and Bookworm, Liberty Square. Ticket donation is €35.00.