Breaking: Box Office is open for Phoenix Productions, Thurles 'Into the Woods' 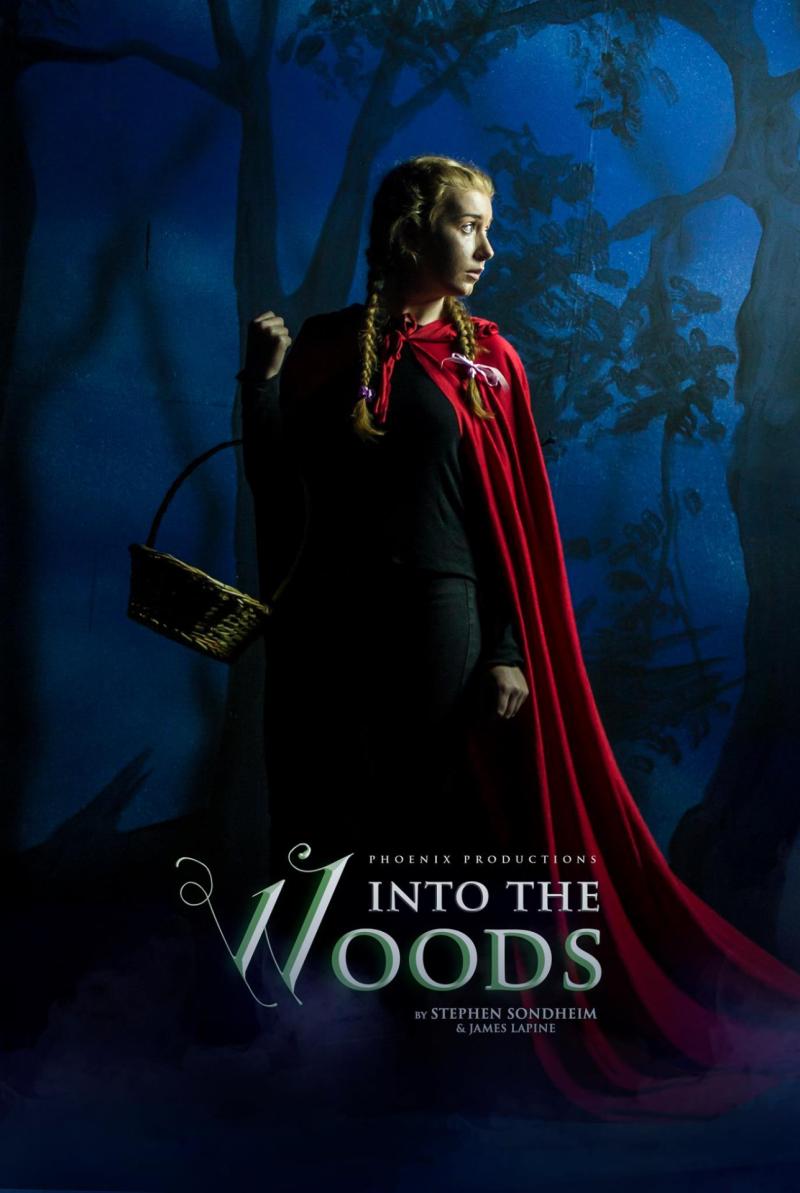 Phoenix Productions will stage Into the Woods next week.

Stephen Sondheim’s famed musical story which follows a number of well-known fairytale characters as they venture into the woods in the hope of achieving their wishes continues until Saturday August 11th and is a show not to be missed.

The booking office is now open for Phoenix Productions “Into the Woods” - which will mark the youth musical theatre groups 20th anniversary - and which opens on Wednesday evening next August 8th in The Premier Hall.

Stephen Sondheim’s famed musical story which follows a number of well-known fairytale characters as they venture into the woods in the hope of achieving their wishes continues until Saturday August 11th and is a show not to be missed.
There will be very familiar faces taking to the stage to bring this top show to the excited Thurles audiences who have come to expect nothing but the best from Phoenix Productions. And, anybody wishing to secure their seats at the show should book thei r tickets right now at 087 9449244 immediately.
The Tony Award-winning score remains one of Sondheim's most popular musicals especially after the release of the Disney screen adaptation in 2014. Into the Woods is a musically sophisticated show with a touch of darkness, making it the ideal night out for the whole family. As stated earlier, the show marks Phoenix Productions’ 20th musical since they began in 1998 performing traditional classics such as ‘Seven Brides for Seven Brothers’, ‘Oliver’ and ‘The Wiz’ as well as Broadway blockbuster hits including ‘Les Miserables’, ‘The Phantom of the Opera’, ‘West Side Story’, ‘Beauty and the Beast’ and last year’s successful production of ‘Cats’. This milestone production is certainly one not to be missed. With a cast of over 60 young and talented teenagers supported by a professional production team you are in for a treat as you join them on their journey through the woods.
Cast
The cast includes:
m Narrator - Harry Hogan
m Cinderella - Cashadh Lyons
m Jack - Loughlin Russell
m Baker - Richie Crowe
m Baker's Wife -A oife Dempsey
m Stepmother - Lavinia Bowe
m Florinda - Niamh Harrington
m Lucinda - Aishling Walsh
m Jack's Mother - Aideen Carew
m Little Red Ridinghood - Shannon O'Halloran
m Witch - Katie Taylor
m Cinderella's Fathe - James Corbett
m Cinderella's Mother - Lara Feehan
m Mysterious Man - Gavin Murphy
m Big Bad Wolf - Cameron Kelly
m Rapunzel - Kaci Kerwick
m Rapunzel's Prince - Sam Rapoport
m Granny - Emma Ryan
m Cinderella's Prince - Joe Hynes
m Steward - Luke Maziarek
The Producer and founder of Phoenix Productions is none other than Gerard O’ Brien, while Debbie Kiernan returns as Director and Musical Director is David Wray.
Musical Associate is Michael Young while Production Manager once again is Eamonn B. Shanahan.
John O’Donoghue who designed the set for Thurles Musical Society's Ragtime this year also is the Set Designer while Allan Butler returns as Stage Manager.
Lighting Designer is Nigel Lombard and as usual, local company Star Systems will look after the sound for Into the Woods.
The show takes place in the Premier Hall, Thurles, August 8th to 11th 2018, 8pm. Tickets on sale from Monday July 30th from the box office at the Premier Hall. Booking Line: 087-944-92-44. More information online at: www.phoenixproductions.ie