Science: Thurles CBS Secondary School was the place to be today as Project STEM was in full flow 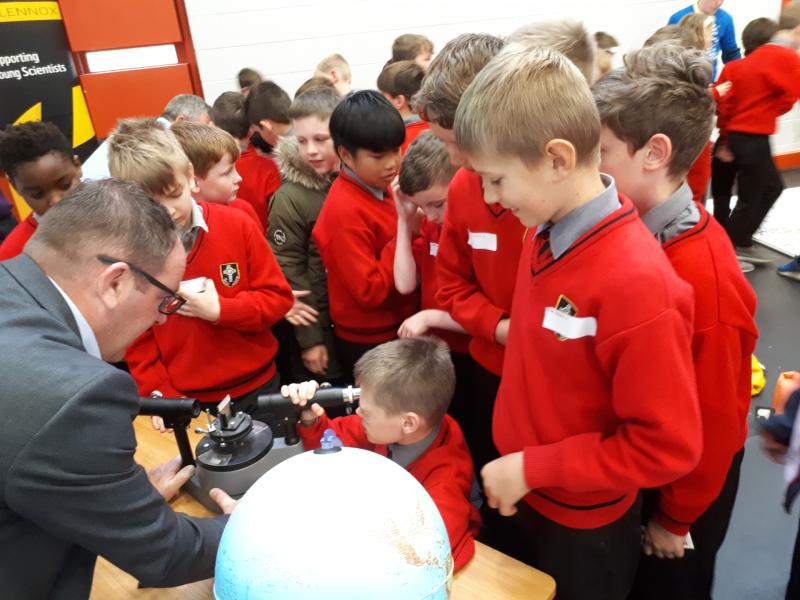 Thurles CBS Secondary School was the place to be today for all science enthusiasts as the Diginal Excellence Funded, Project STEM was in full swing.

Seven primary schools from the locality made their way to the James O'Donoghue Memorial Hall and to the schools science labs where they were treated to some mind blowing technological and scientific exhibitions which certainly gave food for thought and inspiration to the young minds.

Principal Catherine O'Brien was on hand to welcome each primary school boy and girl, and together with the maths and science teams headed up Philip Flynn and Anne-Marie Ryan, they ensured that there was plenty for everyone to see and do. From Wiggle - the digital schoolbag, to Elite Drones Services, to Upperchurch students Eoin and Darragh Noonan creating a mad piano out of bananas and electronic circuits, this eye opening exhibition was but the tip of the scientific iceberg.

Each pupil got to imprint their fingerprints on a visitors tree so that the schools involved - Scoil Ailbhe, Moycarkey NS, Two-Mile-Borris NS, Holycross NS, Ballycahill NS, Gaelscoil Bhride and Littleton NS - were fully represented and their presence recorded at the event.

Project STEM is a national initiative from the Department of Education and Science which seeks to promote the STEM subjects of maths, science and technology. The programme will run for three years  and the aim is to create a bond of partnership with the local primary schools as well as fostering a love of  maths, science and technology amongst pupils.

"This is about looking to the future and seeing where jobs will be needed in years to come, and acting upon that information.  Education is changing all the time - for instance we now have coding on curriculum and we are all responding to the demands which are out there and moving all the time," Catherine O'Brien said.