Michael Collins - A Musical Drama opens on March 26 in the Premier Hall, Thurles 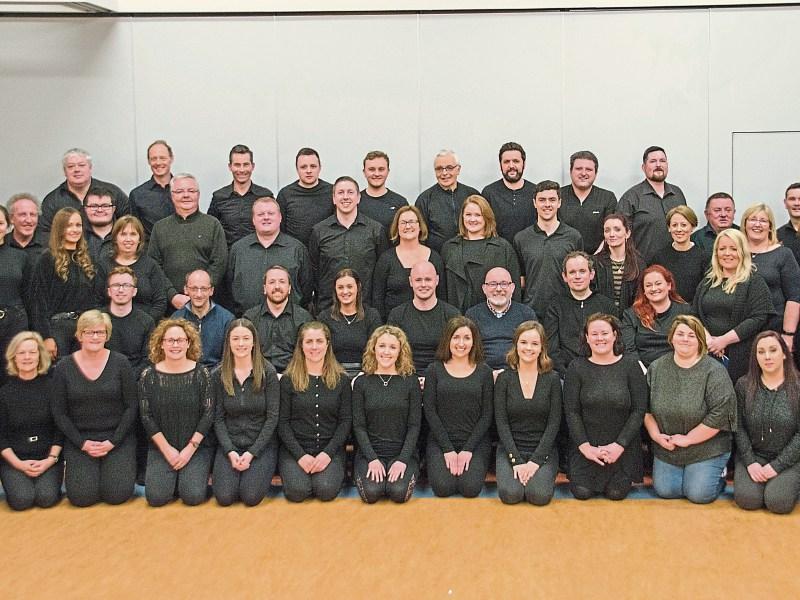 The cast and chorus of Thurles Musical Society's Michael Collins - A Musical Drama, which opens in The Premier Hall on Tuesday evening next. Get your tickets now at Bookworm, Thurles

The show will run in The Premier Hall, Thurles from Tuesday March 26 – Saturday 30 with the curtain rising at 8:00pm.

It has already been staged to great acclaim this season by Coolmine MS and Oyster Lane MS, and Thurles will seek to follow in their footsteps and bring this magnificent piece of theatre to the highly expectant audiences.

Thurles and Tipperary, of course, has many connections with Michael Collins and the War of Independence.

Sologheadbeg in Tipperary is generally accepted to have been the location of the first shots of the war a centenary ago, and though Collins was in the UK at the time, he was to include the likes of Dan Breen, Sean Treacy and Sean Hogan as part of hit teams of flying columns around the country in due course.

No matter where this show is staged, there will be many local angles to it. Indeed, within Thurles' own cast there are many links to the Michael Collins story and the loyalties run deep across both sides of the political divide – there is currently tremendous banter and commentary within the company as pro-Collins people end up in the anti- camp, and vice-versa as a result of the bass, tenor, alto, soprano divide. Surely Bryan Flynn never anticipated such a scenario as he consigned his thoughts to paper when writing this show?

This musical has attracted a company of more than fifty for Thurles, and the committee and those on stage are looking forward to welcoming all those who wish to come along to enjoy what is promised to be a top class production.

The booking office is now open at Bookworm, Liberty Square, Thurles. Tickets can also be booked on 085 2868726.

If you do only one thing this year to cast you mind back to the time of Collins and the War of Independence, attend this show.

You are in for what will be a theatrical tour-de-force.