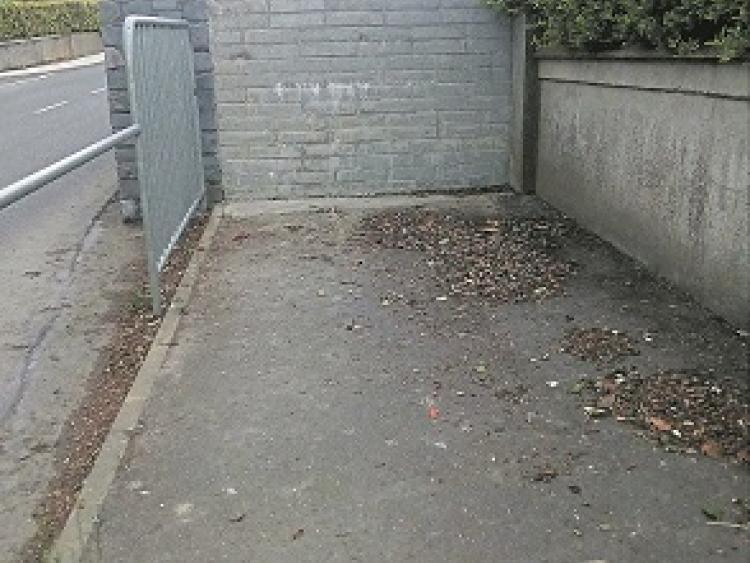 The wall at Moyne road built by the council, which residents are up in arms over as it blocks a right of way.

" I am requesting that the council immediately knock the ‘Moyne Road Wall’ before somebody gets killed jumping off it" - Tommy Barrett.

The Moyne Road Residents Association has this week claimed that people have lost faith in Tipperary County Council following a failure to engage in meaningful dialogue after the erection of a wall which has blocked an access route into the estate.

Tipperary County Council erected the wall at Lognafola last November against the expressed wishes of the residents in Moyne Road to block a right of way that had been in use for over 40 years as a convenient shortcut.

“We as a residents committee have been in discussions for many months with the council regarding upgrading the set of steps that lead pedestrians out of this access point. The council had sought quotations for this job and we were informed that new steps and a handrail would cost €17,000 to install. If this was done we would have been delighted and we offered €10,000 towards the cost of this,” said Chairman of the residents group Tommy Barrett. 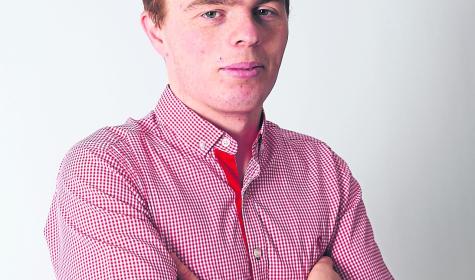 He added: “However the council had other ideas and decided to stop all future access by building a wall at cock crow on a cold Saturday morning with no notice given to our committee.
“We felt that with a bit more dialogue on both sides an agreement could have been reached. We have several meetings with council officials with no real progress made. The council stated that they closed the access point as pedestrians were walking straight out onto the main road - that is total rubbish as the council erected a barrier forcing pedestrian to cross where they can see the cars coming in the graveyard road. This right of way has been in use for 40 years - it is crazy to think that the council feel they are justified in closing it off after that length of time,” he said.

The committee members now point to a bigger problem with the presence of the wall - a potentially life threatening one, according to their spokesperson. “We have a situation now where individuals are jumping over the wall to gain access to the estate. Anybody who knows the area knows that there is no footpath leading to St Patrick's Cemetery which results in people landing in the path of oncoming vehicles. The council should have been trying to solve this very serious safety concern.

“As Chairman of The Moyne Road Residents Association I am requesting that the council immediately knock the ‘Moyne Road Wall’ before somebody gets killed jumping off it. They should enter into talks with our residents committee in a bid to find a long term solution to this problem. I want to make it very clear that building walls does not solve any problems and it has really highlighted the autocratic style of management that is at play by council officials.

“I wish to acknowledge the residents of Moyne Road who have remained dignified throughout this terrible state of affairs. We are a tight knit community; we have always enjoyed a positive relationship with the local authority and understand that they have limited resources. However in this situation they are wrong, we have lost trust in them as a result of this saga. They need to now hold their hands up and solve this problem,” the local election candidate stated.