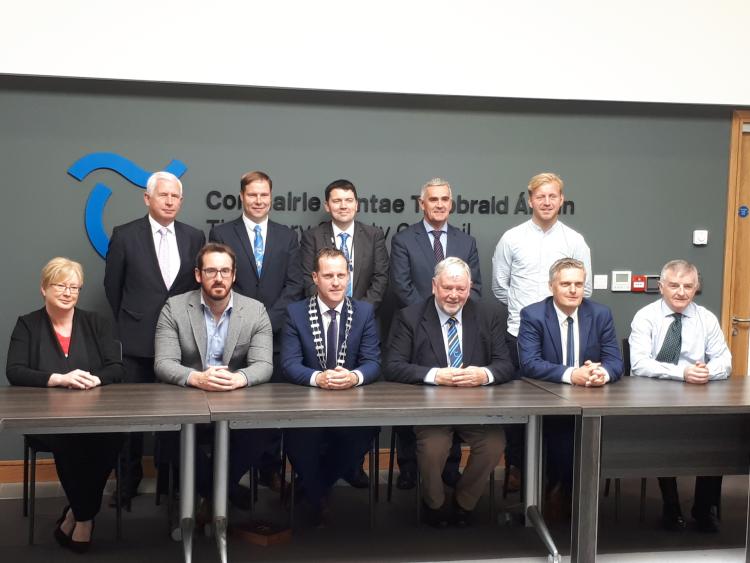 Fianna Fail councillor Michael Smith has been elected Cathaoirleach of the Templemore Thurles Municipal District Council at the AGM this morning.

Councillor Smith, in his address to members, pointed the three major towns of the district and the many challenges facing those towns. And, he was also quick to point out that the villages should not be forgotten and proposed a programme of works in conjunction with the Leader project to help enhance villages in the district.

“I am honoured and privilegedtot be elected Chairman of this Municipal District. We have a lot of work to do and I am hoping that we can all work together to get through the many projects we have earmarked,” Cllr Smith said.