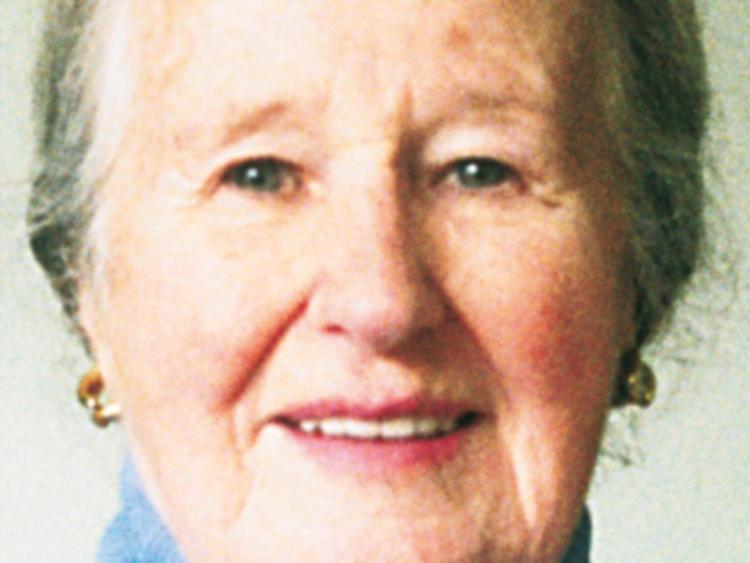 When Franceska (called Francey from here on), told me about her first job, my immediate and sincere response was: “You must be a saint.”

She is a young German woman, a friend of my grandchildren, and she briefly visited me during the last few days of her holiday in Ireland.

She is an outgoing cheerful young woman and she greatly enjoyed that holiday: swimming in the sea, hill-walking, sightseeing, joining in the singing in singing pubs. And now she was returning to a large German city to look for living accommodation so that she could take up her first job in her chosen career.

She would teach students who had been excluded from the normal schools because of their behaviour. They had been consistenly disruptive, aggressive, uncontrollable, anti-social and had not only made normal teaching difficult for their teachers, but had also affected the concentration and wellbeing of their fellow students.

They had already been through the full gamut of assessments at the stage when they were being transferred to the very special department of the special school where Francey would teach: psychological health - mental and physical. They had received counselling, extra tuition, encouragement. They had no indications of either physical or mental impairment. They just did not “fit in” so now it was over to Francey and her colleagues, whose job it would be to try to so modify their behaviour that they could return again to normal school. Phew! (Here insert my observation: “You must be a saint!)

Francey laughed at the observation. She had completed a long training period of six years in qualifying for a chosen career which she thought would be challenging, interesting and rewarding. She had first qualified as a teacher in the German equivalent of our primary schools, and she then embarked on further studies which included psychology, speech therapy, play therapy, conflict- management, and practical on-the-job work under the direction of an experienced teacher.

Talking with her made me think back to my own very long-ago school days, in very large classes, and the few (the very, very few) fellow-students that I can recall, whose behaviour was such that they were labelled “very bold girls.”

In those days, when psychology was a different concept, therapies and extra-curriculars unknown, their treatment was peremptory and brisk. They were relegated to “the corner,” facing the wall, their backs to the class, or they were sent to stand in the corridor, where they would meet the wrath of Sister Principal. They sometimes were given desks at the very back of the class, where they were ignored and did their own thing. Eventually, and usually as we progressed from third to fourth classes, they dropped out of school and just did not return after the summer holidays.

What their subsequent lives were like was largely unknown. Maybe they were very successful in whatever capacity they chose to work. Some of the most brilliant thinkers and achievers have been people who did not conform to the routine of traditional schooling. Or, maybe on the other hand, they had already been so affected by unidentified or unacknowledged trauma, physical or mental abuse, extreme poverty or misunderstanding, that their lives were already blighted. Sometimes, in a future life, when I was reporting criminal trials in our courts, I found myself thinking of them, as fragments of the grim histories were revealed of recidivist offenders whose destiny it was to spend most of their lives in prison.

We, in Ireland, do have some facilities (too few many people would say!) for the education of some children who may experience specific difficulties in learning. And many large schools allocated a special class, and a special teacher, in helping some children who may have problems in keeping up with the normal average class progress, sometimes in just one subject.

A now retired Irish teacher of such a class had some interesting comments to make on her experience over many years. The first thing she had to try to do, she told me, was to get many children to just sit down, and to bring down the level of their voices. They shouted at each other. They were at each other. They were unable to sit still and to control their jerky movements for even a few minutes.

She concluded that, in the home environment, they had never been asked to remain at the table until everybody else had finished a meal. And the shouting she attributed to the fact that the TV and radio were permanently switched on, even though nobody was listening, and consequently you had to shout in order to be heard. “When you can get children to sit reasonably still for even a few minutes, and when the volume of the voice is reduced to normal level, you have some hope of achieving concentration,” she said.

Meeting her, and having spoken to the retired Irish “Special Needs” teacher, I realised the value of the work which they do. They change lives. Yet the extent of that slow, patient dedication is unknown and unacknowledged in public perception.

All of which makes me still think that Francey and her colleagues are saints!