Cyclists, please show a little courtesy and use your bell on the Tipperary Blueway

SERIOUS RISK OF AN ACCIDENT 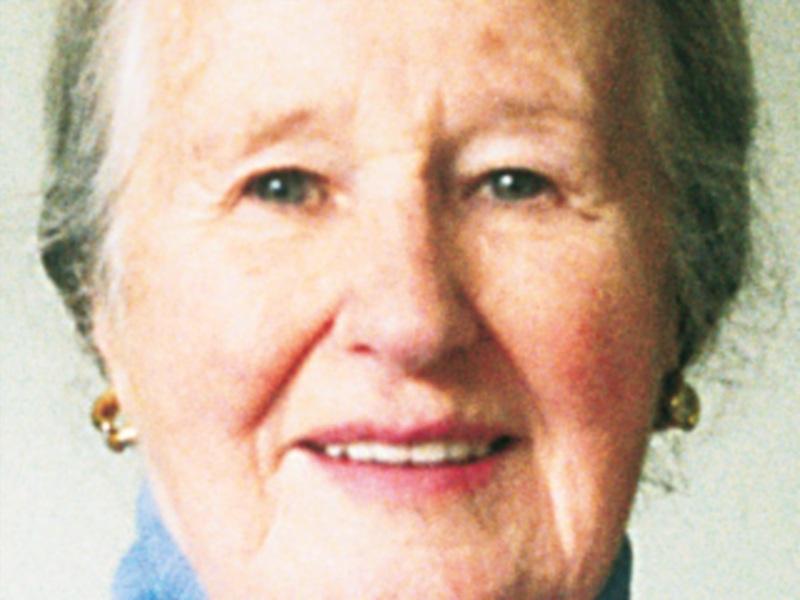 This columnist would hate to think that anything written in this column might be interpreted as adverse criticism, of saying a bad word, about the bicycle. I am now, because of my age, an ex-cyclist, but over a long life I have chalked up considerable mileage on the bike - an old roadster 3-speed; everyday transport to and from work and shopping, and memorable holidays cycling in Ireland, and many European countries.

It seems to me that the bike is the most user and environmentally friendly, the most healthy and the cheapest form of transport, available. And although long ignored and discriminated- against by governments and local authorities, its contribution towards the solution of current environmental problems and traffic congestion is at last being recognised, though as yet neither adequately nor practically.

All of that being said, why do I now have a problem with the bike - or more precisely, with some cyclists? The problem has arisen from my experience and that of many friends, all elderly, who share that most attractive amenity, the restored old Suirside towpath between Clonmel and Carrick-on-Suir now called The Blueway, (and which I think of as “Cois Súire”). Its restoration has been one of the most welcome developments in South Tipperary for many decades. It is an amenity which has been much loved by generations of people who have been unfortunate to live in this beautiful area of Ireland. (It has now made its way into the recommend “things to do in Ireland” in “The Irish Times”).

But it is now a shared space between pedestrians and cyclists. And it is in the sharing of that space, which is not always of uniform width, that both, from my own experience, and that of many elderly friends, issues have arisen, some just minor and irritating and a few with the potential for serious consequences.

Some cyclists seem to ignore the fact that, unless they ring their bell, pedestrians, and especially elderly pedestrians, can be unaware of their presence. I am not sure if some modern and very expensive bicycles are now even equipped with such a practical thing as a bell. Does it add too much weight, or detract from the pristine line of the design? Whatever the reason, it can be quite disconcerting when an unannounced bicycle overtakes an elderly pedestrian, especially on an narrow track which overhangs a particularly deep drop into the river.

It can be disconcerting but it has also the potential for an accidental collision and several people have told me of “near misses.” They have to remind themselves that they must, quite frequently, “look back from where I have come,” and that precaution is not always easy to remember in the context of a pleasant relaxed walk by a lazy Suir.

Because that, surely, is what The Blueway is all about - simple, pleasurable relaxation, away from the noise and hazards of traffic-filled streets. And it is a relaxation which should, ideally, cater for everybody, whether it be stopping and staring, or jogging or running or cycling. Whatever you fancy.

Older Clonmel citizens will recall a memory, still in the minds-eye, of a group of elderly retired men who met every morning, after 10 o’clock Mass in the Friary, and strolled down the track between Gashouse (White) Bridge and Sir Thomas’ Bridge. They walked and talked and laughed and looked and listened. They not only experienced healthy exercise, but enjoyed a very necessary social contact.

And into this happy picture, I now have to insert the contrasting and scary recent experience of a friend, and which raises issues on the responsibilities of all of us who share common spaces.

My friend, now in his late seventies, is still sound in body and mind, although a little wobbly on a right hip. He was having his afternoon walk by the river when, suddenly, and without warning, he was overtaken by a bicycle. He quickly stood aside but stumbled while doing so, and as he was trying to regain his composure again, he did not see that the bicycle had an attached trailer in which two very young children were seated, and this was immediately followed by yet another cyclist. His recovering stumble went into a near full fall, but again he was fortunate in being able to regain his balance, though at the cost of a bruised shin.

In the aftermath, and when he had recovered from the shock, he thought about consequences and liabilities. “Suppose,” he said, “I had actually fallen directly on the trailer and it overturned and the children had fallen into the river?” The possible consequences were unimaginable. And he further speculated on the question of liabilities and the consequences for himself had a full fall resulted in a fractured hip.

The experience can be dismissed as merely having the potential for an accident. And accidents do happen! It might even by seen as a freak accident, but aren’t all accidents by their nature and unpredictability, freak?

It seems to me that the safe and happy use of this lovely amenity, for all of us who enjoy it, depends on just a few things: a little common sense, some ordinary courtesy and a bell on every bicycle.