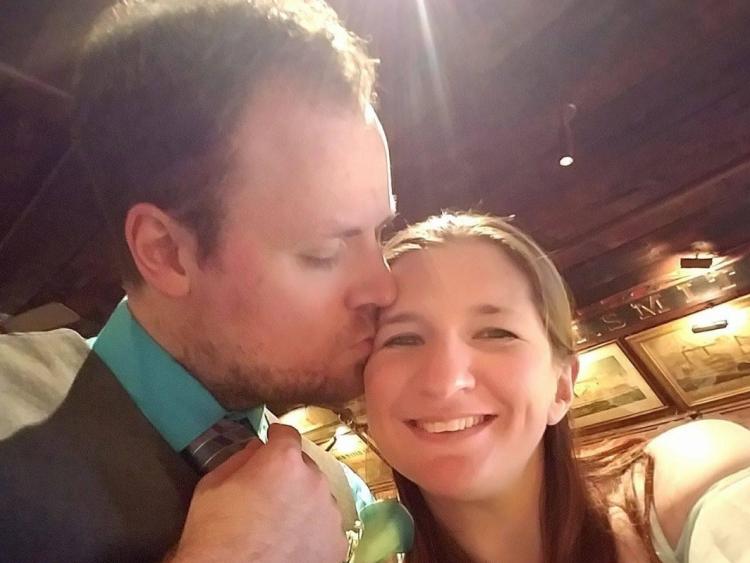 Thirty two year old Sean, who married his wife Rebecca in September 2015, lives in Clinton, Connecticut with their family Kaleb, and Finnley who is still a toddler.

All-Ireland winning Holycross Ballycahill Drama Group will stage their magnificent production of the John B Keane classic Sive as a once-off fundraiser tomorrow night (Thursday Jan 16) for local man Sean Stakelum, son of Tim and Anne, formerly of Grange, Holycross, who is now based in the US.

Thirty two year old Sean, who married his wife Rebecca in September 2015, lives in Clinton, Connecticut with their family Kaleb, and Finnley who is still a toddler.

However, in June last Sean- grandson to the late Bob and Kit Stakelum, Holycross; and John and Noreen McGrath, Borrisoleigh- began to experience minor health issues, small things at first - he lacked energy, finding it increasingly difficult to occupy a busy one year old in the evenings after work. He noticed that he bruised easily and small cuts would take a long time to heal. At Rebecca's insistence Sean scheduled an appointment with his doctor who upon hearing his symptoms insisted on seeing him that day. Blood samples were taken, the following day at work Sean received a call to pack a bag and head straight to the hospital. Sean was taken to the emergency room at Yale New Haven Hospital where he received a diagnosis – Acute Myeloid Leukemia or - a blood cancer. In Sean's own words: ”It was a heart breaking moment in my life. I had convinced myself the diagnosis would not be cancer, surely it couldn't be cancer. There was no history of it on either side of my family - I don't smoke, I don't work with dangerous chemicals, surely it can't be cancer. With no shame I tell you now I cried as soon as the doctor left my room and that reality sunk in," he said.

AML is a type of cancer of the blood and bone marrow with excess immature white blood cells. It progresses rapidly, with myeloid cells interfering with the production of normal white blood cells, red blood cells and platelets. Treatment depends on the stage; including chemotherapy, other drug therapy, and bone marrow transplant. Sean has been unable to work or drive since his diagnosis. At Christmas he faced into his 5th round of chemo but was unable to commence the treatment due to low counts. Between each admission he is required to travel to and from hospital for regular blood transfusions and appointments.
There have been a number of local fundraising initiatives bidding to help ease the financial burden of treatment costs and sustain the family – Sean has been out of work since his diagnosis. A St Stephen's Day swim in the River Suir in Holycross was a tremendous success and on January 16, the special evening of theatre will take place in St Michael's Holycross Community Centre.

All Ireland Confined champions, Holycross/Ballycahill Drama Group will once again perform John B. Keane's brilliant "SIVE" (by very kind permission of the Keane family, Listowel) at 8pm. An enthralling night of theatre with a fantastic raffle are in store.
The family and friends of Sean and Rebecca have also created a gofundme page to raise money and all donations to this fund would be hugely appreciated. Simply go to https://www.gofundme.
com/f/sean-stakelum and make your donation.

Sean has been humbed by the support received so far and on Christmas Eve he posted the following message on hs Facebook page:
“Hello everyone. I'm sorry I've been so quiet in recent months, especially during this fundraiser, but I want to take a moment to thank everyone who's chipped in to support my family and I during this unfortunate time. I don't have the words to properly convey my gratitude.

“The generosity I've received from friends old and new, from close family members to total strangers, it's beyond anything I thought possible. I owe each and every one of you a debt I can never repay. From the bottom of my heart, I thank you.”
Tickets for Sive will be available at the door at St Michael's Community Centre in Holycross on the night.
Please come along and enjoy a great night of theatre, as well as supporting a very worthy cause.